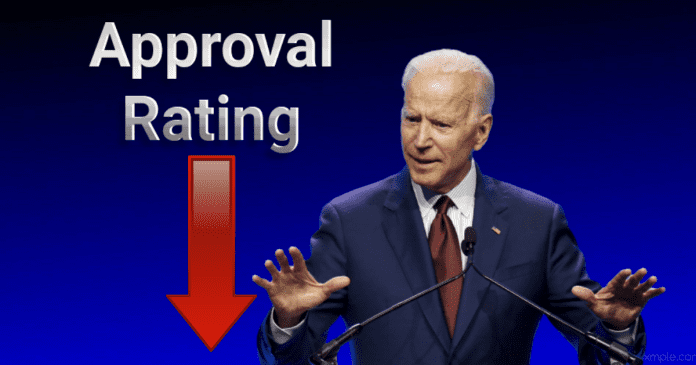 The president’s approval rating stood at 33 percent, down from 36 percent in November.

Democrats’ support for Biden has dipped. In November, 87 percent of Democrats approved of Biden. Now that number has dropped with 75 percent approval.

Biden is also fading in key areas. When it comes to the economy, 57 percent disapprove of his handling of it and a majority of those surveyed–54 percent–think the economy is getting worse.

Only 24 percent of voters ages 18 to 34 approved of the president’s job performance. With voters between the ages 35 to 49, Biden does slightly better but only 30 percent of these voters approve of him.

Asked if Biden is being too liberal, 41 percent said yes, 38 percent say he’s in the right political position and 9 percent think he is too conservative.

The poll also looked at if former President Donald Trump should run again in 2024. Trump retains support among Republicans with 69 percent of them saying he should make another bid for the White House while 23 percent oppose him running again. But that is down from a Quinnipiac poll in October when 78 percent of Republicans wanted Trump to run in 2024 and 16 percent opposed it.

Overall, most voters–59 percent–said they would not support Trump in 2024.

According to the poll, most voters do not think highly of the two major parties. A majority of those surveyed 62 percent say the Democratic Party is more committed to individual politicians than the principles of the U.S. Constitution, though 30 percent disagree.

The GOP does better but 56 percent of voters said the Republican Party is more committed to individual politicians than the principles of the U.S. Constitution while 36 percent disagree.