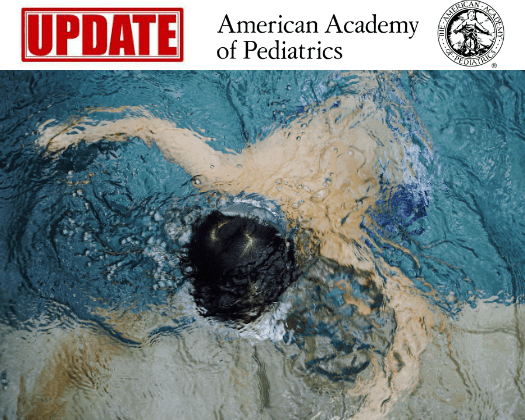 Florida parents are being urged to start swim lessons early.

Described by safety experts as the “silent killer,” drowning is the leading cause of deaths for children between the ages of 1-4. To reduce the number of drowning deaths, especially in states such as Florida, the American Academy of Pediatrics (AAP) has issued updated recommendations on water safety.

“Drowning is the single leading cause of injury-related death among children ages 1 to 4,” said Sarah Denny, MD, FAAP, the lead author of  “Prevention of Drowning” published earlier this month.  “Many of these deaths occur when children are not expected to be swimming or when they have unanticipated access to water. Toddlers are naturally curious; that’s why we must implement other strategies, such as pool fencing and door locks.”

Injury prevention has long been a priority of pediatricians. Over the past 50 years, public health initiatives have led to dramatic reductions in deaths from injuries related to motor vehicle crashes, sudden infant death syndrome, drowning and other unintentional injuries. However, in recent years, the rate of decline of these deaths has slowed.

Drowning remains the third leading cause of unintentional injury-related death among children between the ages of 5-19. In 2017, almost 1,000 children died from drowning and 8,700 visited a hospital emergency room because of a drowning event with toddlers and teens at the highest risk.

HealthyChildren.org offers water safety advice based on children’s developmental stages and recommendations on how to find a good program for children to learn how to swim.

“Research has found that swim lessons are beneficial for children starting around age 1, and may lower drowning rates”, said Linda Quan, MD, FAAP, who helped write the “Prevention of Drowning” study.  “Families can talk with their pediatrician about whether their child is developmentally ready for swim lessons, and then look for a program that has experienced, well-trained instructors.

“I became involved with the Turn, Kick, Reach technique after my child who at the time was 17 months old was found at the bottom of a pool,” York said. “Fortunately, I knew CPR, and was able to revive her. My daughter was in lessons practically, the next day. I now have two grandchildren who both learned the Turn, Kick, Reach method before they were a year old. The peace of mind I have is priceless.”

Even the best swim lessons cannot “drown-proof” a child. That being the case, AAP strongly recommends parents take steps to make a child’s environment safer. For homes with a pool, the most important safety measure is a four-sided fence that completely surrounds the pool and isolates it from the house.