The Republican State Leadership Committee (RSLC) kicked off its latest effort to help the GOP at the state level with a familiar face from Florida playing a major role.

The RSLC announced on Friday that it was making “Ag America” which it described as the “nation’s top organization dedicated to electing and supporting Republican state agricultural leaders” one of its major caucuses.

“With so much of the agricultural community affecting people’s daily lives, it is great that Ag America is joining forces with the Republican State Leadership Committee to further advance responsible policy that governs nearly a trillion dollars of our economy,” said Iowa Agriculture Sec. Mike Naig, who will be the next chairman of Ag America.  “The Republican State Leadership Committee has taken Republicans to all-time highs in state level government in the past decade, and that demonstrated record of success only stands to benefit the agricultural community in all fifty states in the decade to come.”

Noting that his group spent around $45 million in the last election cycle, RSLC President Matt Walter said the new caucus will help GOP officials and candidates across the nation.

“Ag America represents a dynamic, vibrant sector and brings a new dimension of state leaders to RSLC. It’s another great partnership which will reinforce the RSLC’s core mission while bringing innovative, better results for the next generation of farmers, farm communities, and agricultural consumers – all of us – all across America,” said Walter.

“Agriculture secretaries, commissioners, and directors really do represent the farm team of American politics because as future leaders of our nation, they have a keen sense of the free market, small business, and government regulation,” said Kentucky Commissioner of Agriculture Ryan Quarles, the current Ag America Chairman.  “Joining forces with the RSLC is a natural transition for this great organization that we have tirelessly built to raise awareness and improve agricultural policy in all fifty states.”

Currently the GOP holds 11 of the 12 statewide elected agriculture posts with Florida being the exception as Democrat Nikki Fried was elected in November. Despite that a prominent Florida Republican went to bat for Ag America on Friday.

Despite losing to Ron DeSantis in the Republican gubernatorial primary back in August, Putnam does not sound like he is headed to the political sidelines anytime soon.

“I look forward to continuing my engagement with the organization and am excited for the growing opportunities to expand Ag America efforts to elect free market conservatives to this office throughout the country,” Putnam said. 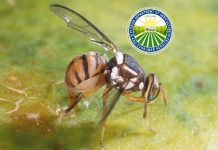