Former U.S. Rep. Allen West, R-Fla., one of the most prominent conservatives on the Florida political stage in recent years, came out swinging at leading Democrats on Tuesday.

“There’s been a dangerous awakening,” West insisted. “The Left is rising. But unlike the past, we are facing an entirely new breed of Democrat. Extreme (even for them), liberals are embracing socialism – the ideology of our enemies and the failed experiment of broken and oppressive societies.  These Bernie Sanders – Alexandria Ocasio Cortez – Beto O’Rourke radicals are mixing with run-of-the-mill progressives to build a Green New Deal, Open Borders agenda that seeks to go far beyond simply changing policy.

“Their goal is a complete overhaul American values as they exist in our culture based on redistribution of wealth, control of economic production, gun confiscation, open borders, sanctuary cities, the elimination of borders, lowing the voting age, Medicare for all,” West added.

“The radical socialist Left will fundamentally transform our Republic if we can’t hold our ground,” West insisted.  “The Left is organized, radicalized, and energized. They clearly see this election as a defining moment in history – a turning point. A sharp left turn.”

After more than two decades of decorated service in the Army, West ran for Congress in 2008, losing to U.S. Rep. Ron Klein, D-Fla. In 2010, West turned the tables and beat Klein in a rematch. While he became a favorite of conservatives at the national level, West was defeated in 2012 by Democrat Patrick Murphy. After losing to Murphy, West has garnered some speculation as a possible U.S. Senate candidate but he never launched a campaign.

Instead, West went to Texas to lead the National Center for Policy Analysis (NCPA), a conservative think tank, for two and a half years before it shut down in the summer of 2017.

Earlier this month, West handed over the leadership of his Guardian Fund PAC to U.S. Rep. Jim Banks, R-Ind., though the former Florida congressman remains active with the group.

The Guardian Fund PAC saw some success in Florida last year as Republican U.S. Reps. Neal Dunn and Brian Mast, both veterans, kept their seats while Michael Waltz and Greg Steube kept open seats in the GOP column. However, the PAC also backed U.S. Rep. Carlos Curbelo, R-Fla., and Maria Elvira Salazar whom both went down to defeat as the Democrats flipped two seats in South Florida. 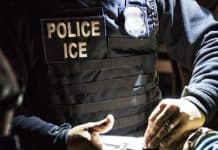