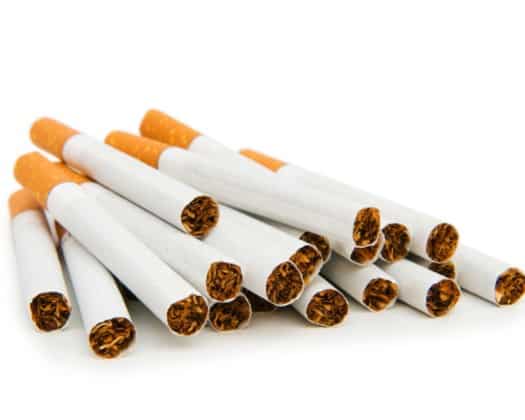 With a prominent state senator pushing to raise the age to buy tobacco to 21 in Florida, the American Cancer Society (ACS) and other advocates are going all out to support his proposal.

Earlier this month, Florida Senate President Pro Tempore Sen. David Simmons, R-Longwood, filed the bill as “part of a comprehensive strategy to prevent tobacco addiction.” The bill “would raise the age of sale for all tobacco products to 21 with strong retailer licensing, clear definitions of tobacco products and clear protocol to enable active enforcement.”

The American Cancer Society Cancer Action Network (ACS CAN) threw its support behind the proposal and ramped up its efforts to back the proposal this week.

“From the panhandle to the Florida Keys, cancer patients, survivors and advocates from the American Cancer Society Cancer Action Network (ACS CAN) met with their legislators this week in support of increasing funding for biomedical and early detection programs as well as raising the minimum age of sale for all tobacco products, including e-cigarettes, to 21,” ACS CAN announced on Monday night. “Florida currently carries the second-highest cancer rate in the country, with 131,470 individuals expected to be diagnosed and 45,000 projected to die from the disease this year alone.”

“When you consider the toll that cancer takes each year in Florida, it becomes our moral imperative to ensure we have adequate funding and evidence-based policies in place that allow us to prevent, detect and treat the awful disease,” said Dr. Karen Moffitt, a volunteer for ACS CAN. “We need our lawmakers to make the health of Floridians a priority by passing strong policy that reduces the cancer mortality and incidence rate in our state.”

Noting that “95 percent of adults who smoke began smoking before the age of 21,” the group is pushing Simmons’ bill.

“Raising the age of sale of all tobacco products including e-cigarettes to 21 is part of a comprehensive tobacco control strategy to prevent our kids from picking up tobacco products from the start,” said Gloria Garcia, a volunteer for ACS CAN. “SB 810 is a significant step in building a comprehensive and effective tobacco control strategy that prevents lifelong tobacco addiction.”

ACS CAN is also focused on other issues, including having its supporters reach out to legislators and asking them to increase funds for the state’s biomedical research programs and doing more to support early detection efforts.

“We know that expanding access to timely screenings is crucial to beating cancer,” said Joy Finer, a volunteer for ACS CAN. “Thanks to prevention and early detection initiatives like Mary Brogan, there are more than 1.3 million Floridians living today who have survived a cancer diagnosis – myself included.”

“ACS CAN is advocating that the state fund Mary Brogan at a level equal to approximately one-half of the U.S. Centers for Disease Control’s current investment in Florida ($1.83 million) and that jointly the James and Esther King Biomedical Research Program and the Bankhead-Coley Cancer Research Program, each currently funded at $10 million, receive increased funding totaling $50 million,” the group noted.