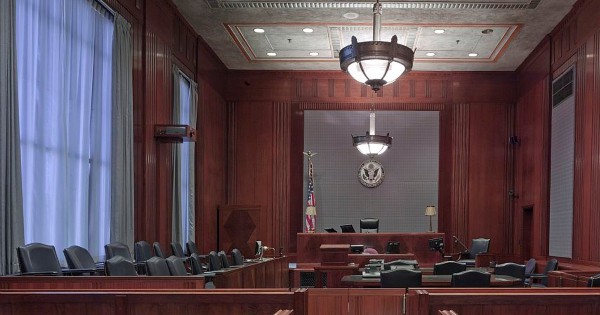 The concept of being tried by a jury of one’s peers is guaranteed by the Sixth Amendment, which ensures that “the accused shall enjoy the right to a speedy and public trial, by an impartial jury.” As the Cornell Law School Legal Information Institute explains, the point of being tried by a jury of one’s peers is that “is to ensure that a jury’s verdict is not tainted by biases that jurors may harbor before being presented with the evidence of the particular case.”
Race is absolutely one of these readily recognizable biases but sometimes a trial goes so profoundly wrong before it even starts that legal logic is turned on its head. A case in point is the jury selection this week in the trial of the alleged killers of Ahmaud Arbery, which is testing the logical elasticity of the term “peers.”
In a trial to be held in a Georgia county that is 25 percent black, 4 percent of the jury selected is black. In other words, of the 12 jurors selected, 1 is black. The three defendants, who are accused of killing Mr. Arbery after chasing him through a Brunswick, Georgia neighborhood in February 2020, are white.
The painful irony here is that the jury selected is a jury of the peers of the alleged killers, not a jury of the late Mr. Arbery’s peers. It should go without saying that this isn’t the intended spirit of the Sixth Amendment and no amount of constitutional theory gerrymandering will make it make sense.
The entire point of not packing a jury with people who would be biased against the accused is not a one-way street. A jury isn’t supposed to be packed, even in a prima facie way (on its face) with jurors whose very appearance (here, their whiteness) denotes bias. That doesn’t work for anyone and it does the legal system a disservice through its baseline injustice.
As Newsweek pointed out on Thursday, even the judge is calling out “intentional discrimination” in this jury selection process. Why? Because the math is deeply disturbing:
The defense had 11 challenges in the jury selection process. As we remember from TV crime dramas, these are known as “peremptory challenges,” as they require no stated reason. Here the defense attorneys weren’t subtle – they used all 11 of their challenges to disqualify 11 of the 12 black jury candidates.
Of the 48 jury candidates in the jury pool, 36 were white and 12 were black. In other words, 25 percent of the jury pool was black – the exact percentage of black people who live in Glynn County, Georgia, the venue for the trial.
How is it fair that the end result is 11 white jurors and 1 black juror? It’s not. While counsel can use peremptory challenges to exclude jurors for any reason, there is a limitation where the opposing counsel is able to present a prima facie argument that this challenge was used to discriminate on the basis of gender, ethnicity, or race.
So, as Shakespeare would say, what’s the rub? How was the defense able to get away with this? Didn’t the judge see what was so painfully obvious? Superior Court Judge Timothy Walmsley did but he also didn’t.
From the same Newsweek report:
“This court has found that there appears to be intentional discrimination,” Walmsley said. But he contended that the defense team had provided “legitimate, nondiscriminatory, clear, reasonably specific and related reason[s]” for removing each Black juror candidate, saying this met the requirements of the law in Georgia.
This is a form of reverse-engineering. Defense counsel knows they are simply going to use all 11 of their peremptory challenges to disqualify black jurors. So in each case, they logically break down and disassemble the argument that the juror was dismissed because they’re black and then design and build a functional argument that, no, the juror was dismissed because of (insert your not-painfully-illegal reason of choice for dismissal here).
This is underhanded and actually pretty dastardly, laying the foundation for a strong argument that it’s good bad lawyering – meaning these lawyers are doing a good job representing their clients here while being awful human beings.
The math, parenthetically, gets worse. As Ben Crump, one of the attorneys for the Arbery family, told Newsweek, “a jury in any trial should ‘reflect the wider community,’ and ‘Brunswick is 55 percent Black, so it’s outrageous that Black jurors were intentionally excluded to create such an imbalanced jury in a cynical effort to help these cold-blooded killers escape justice.’”
So where does the trial go from here if the jury ends up not only looking like the defendants and not at all like the person they were accused of killing, but also feeling and sounding like them? Into the same abyss, the similarly-situated cases have fallen into over the years, where even the appearance of a just system can’t be attained. Where we aim so low that the basic right of a fair and impartial jury seems a Constitutional fiction and an entire trial will unfold with yet another foretold end.
Aron Solomon, JD, is the Chief Legal Analyst for Esquire Digital and the Editor of Today’s Esquire. He has taught entrepreneurship at McGill University and the University of Pennsylvania, and was elected to Fastcase 50, recognizing the top 50 legal innovators in the world. Aron has been featured in CBS News, TechCrunch, The Hill, BuzzFeed, Fortune, Venture Beat, The Independent, Yahoo!, ABA Journal, Law.com, The Boston Globe, and many other leading publications.
GUEST COLUMN
Latest posts by GUEST COLUMN (see all)
Share this article on: