The court’s order temporarily halts the operation, freezes its assets and appoints a temporary receiver over the business.

“It is reprehensible that fraudsters would exploit financially distressed individuals struggling for assistance to meet their financial obligations. These telemarketing scammers allegedly hid their identities and reaped millions of dollars at the expense of vulnerable consumers. I am proud to partner with the FTC to stop this fraud, particularly during these unprecedented times of economic strain on so many consumers and legitimate business creditors,” Moody said on Thursday.

“If you’re one of the many Americans now dealing with rising debt, steer clear of companies promising to reduce your credit card interest rate after you pay them. The FTC is proud to partner again with the Florida Attorney General to stamp out these bogus offers,” Smith said.

Many consumers who paid the defendants’ significant upfront fees reportedly received no permanent debt reduction and were left with more debt and worse credit. Instead of contacting the consumers’ credit card companies to negotiate permanent and substantially lower interest rates, defendants allegedly applied for new credit cards in the consumers’ names with temporarily lower teaser interest rates. They then executed balance transfers from the consumers’ existing cards to the new cards. These tactics not only failed to provide many consumers the substantial and permanent savings they were promised, but also often left the consumers saddled with substantial balance transfer fees on top of the upfront fees defendants charged for their service.

The defendants allegedly reaped millions of dollars through this unlawful scheme since at least March 2014. The Florida Attorney General’s Office and FTC are seeking to permanently stop the conduct and secure money for consumer refunds. 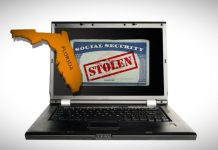