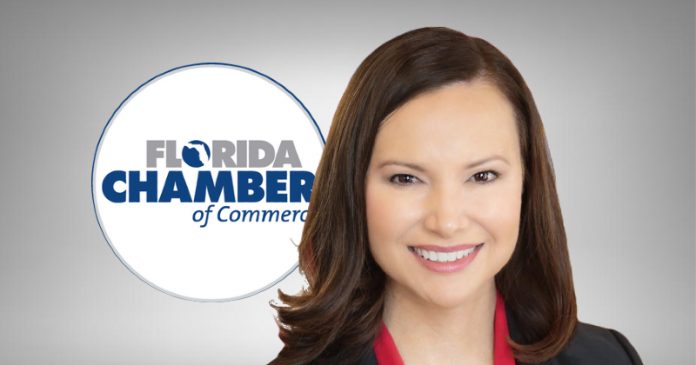 On Wednesday, the Florida Chamber of Commerce endorsed Florida Attorney General Ashley Moody as she runs for a second term.

“The Florida Chamber of Commerce endorses Ashley Moody to continue serving as Florida’s attorney general,” said Florida Chamber of Commerce President and CEO Mark Wilson. “As attorney general, Ashley has continued making Florida stronger, safer, and more secure by being a tireless advocate for law enforcement and leading the fight to combat human trafficking, all while upholding the rule of law in our judicial system and fighting back against federal overreach to protect Florida’s future.”

“I’m honored to have the support of Florida Chamber members across the state that know a strong state depends on competitive markets free from fraudulent and deceptive practices. Florida thrives when its citizens and businesses thrive. That’s why I’m committed to ensuring that Florida remains a top state to start a business and raise a family,” said Moody.

Moody is not facing any opposition in the Republican primary later this month. On the Democratic side, former Orange County State Attorney Aramis Ayala and attorneys Jim Lewis and Daniel Uhlfelder are running in their party’s primary.