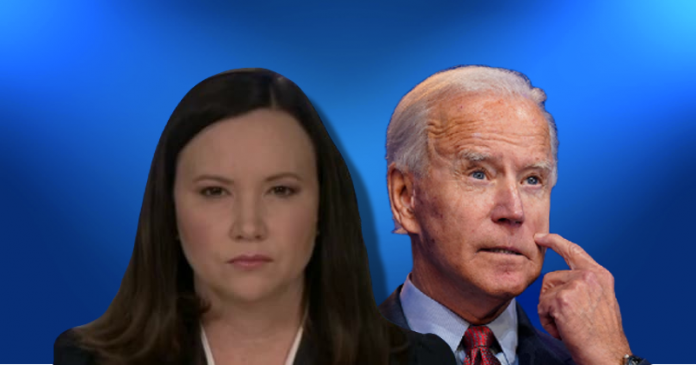 Moody’s office weighed in on Tuesday on her efforts.

“Biden wants to stop illegal immigration by attempting to legalize unlawful entry for hundreds of thousands of immigrants. Just days before Attorney General Moody took Biden to court for refusing to enforce federal immigration laws, the president announced a new parole program that could allow up to 30,000 previously inadmissible immigrants into the U.S. monthly. Attorney General Moody and other state attorneys general are taking swift action to stop this latest unlawful immigration program,” Moody’s office noted.

“As we prepared to take Biden to court over his unlawful catch-and-release policies, the president announced yet another reckless attempt to continue flooding the country with massive waves of illegal immigrants. Biden’s new solution to his self-created crisis at the border is to allow illegal immigrants to travel directly into the interior of the country without crossing the southern border—in direct violation of federal law. His unlawful actions will not go unchecked, and we will continue to fight in court to force this president to follow public-safety immigration laws,” Moody said.

“On Jan. 5, Biden and the U.S. Department of Homeland Security announced the creation of a new parole program for citizens of Cuba, Haiti, Nicaragua and Venezuela. Instead of attempting to cross the border on land, this program allows up to 30,000 immigrants per month to apply for advance authorization from the U.S. to enter for up to two years with permission to work,” Moody’s office noted. “In a complaint to enjoin Biden and DHS from implementing the program, the attorneys general argue that the president’s action goes against federal law. Congress limited the parole power of the president under 8 U.S.C. 1182(d)(5). It can be used only on a case-by-case basis for urgent humanitarian reasons or significant public benefit.

“The complaint states: ‘The program established by the Department fails each of those limiting factors. It is not case-by-case, is not for urgent humanitarian reasons, and advances no significant public benefit. Instead, it amounts to the creation of a new visa program that allows hundreds of thousands of aliens to enter the United States who otherwise have no basis for doing so. This flouts, rather than follows, the clear limitations imposed by Congress,’” Moody’s office added. “Additionally, the Biden administration instituted the program without engaging in the usual notice and comment rulemaking process required by law.”