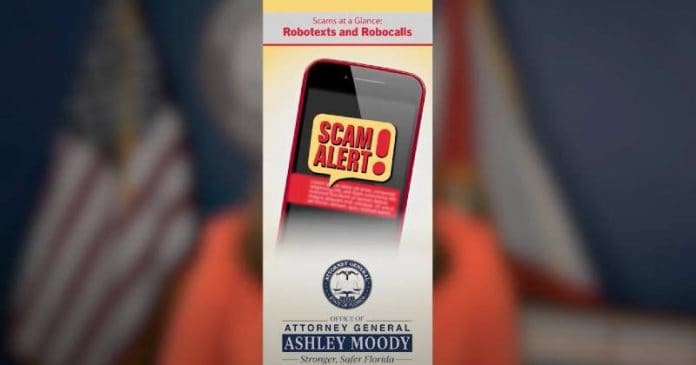 The targets of the investigation are Michael Lansky LLC—doing business as Avid Telecom—and One Eye LLC. Moody’s office is a member of the national task force that is enforcing civil investigative demands against the entities.

Both operations sent scam robocalls to consumers in Florida and other states, including robocalls from fraudsters posing as the Social Security Administration and Amazon. Avid also incorporated scam calls for unwanted auto warranties.

“We are teaming up with states across the nation to investigate companies that help facilitate illegal robocalls, and I will continue to work with attorneys general to identify, investigate and hold accountable those responsible for using these automated messages to rip off Floridians,” Moody said.

Against One Eye, the action explains how an individual named Prince Anand closed another voice service provider, PZ Telecommunication LLC and became the apparent CEO of One Eye. This transition occurred after the Federal Communications Commission sent PZ Telecom a cease-and-desist letter.

Avid refuses to answer the civil investigative demands and One Eye has stopped responding to the task force.

According to the National Consumer Law Center and Electronic Privacy Information Center, more than 33 million scam robocalls are made to Americans every day. Fraudsters stole an estimated $29.8 billion through scam calls in 2021. The task force is focused on shutting down the gateways that profit off this illegal scam traffic.

Never trust the display on caller ID as spoofing technology allows robocallers to impersonate a government agency or financial institution. Hang up and call the entity back directly from the verified number on an official website;

Look out for prerecorded calls from imposters posing as government agencies. Typically, the SSA does not make phone calls to individuals; and

If you suspect fraudulent activity, immediately hang up and do not provide any personal information.