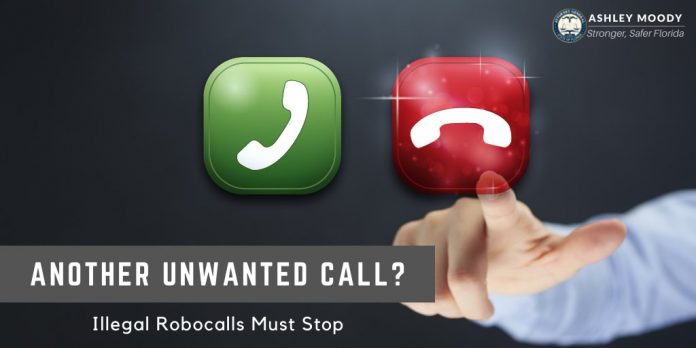 To guard against telemarketing calls, Moody is asking the FTC to end Telemarketing Sales Rule (TSR) exemptions for business-to-business calls and inbound calls. Closing loopholes for negative-option products or services will strengthen the TSR and better protect consumers.

Negative-option marketing is when sellers interpret a customer’s failure to take affirmative action, either to reject an offer or cancel an agreement, as assent to be charged for products or services. These negative options can pose serious financial risks to consumers if action is not taken to cancel before a given deadline—although canceling the products or services is always far more complicated than incurring the charges.

“More transparency is needed to better protect consumers from negative-option contract renewals and predatory telemarketing practices. I am calling on the FTC to repeal federal exemptions related to telemarketing calls and provide additional protections for consumers who purchase negative-option products and services,” Moody said.

The TSR, instituted in 1995, helps prevent telemarketers from harassing, scamming or threatening people. The proposed amendments provide protections not previously covered in the TSR, including:

In a letter sent to FTC Acting Secretary April Tabor, Moody, along with 39 other attorneys general, call for the expansion of the TSR to cover business-to-business as well as inbound calls, a modification that would provide a substantial effect on pervasive, tech-support scams that often target seniors, and to cover business-to-business calls. Tech-support scams can begin with a computer pop-up notification showing tech support is immediately required and to call a number for help, pressuring consumers to contact a scam call center.

The TSR does not apply to telephone calls initiated by a customer or donor in response to an advertisement through any medium, and is regarded as a loophole that these scam call centers abuse. Business-to-business calls are also exempt from the TSR because, in the past, consumers often possessed separate phone numbers for homes and workplaces. Now, with approximately 97 percent of Americans owning a cellphone, and many using it for work, business-to-business calls are rarely beneficial to businesses and instead spark opportunities for scammers to directly target consumers via this rule exemption.