In Florida, it is far from uncommon for residents to need repairs to their homes. Whether it be a tropical storm, a hurricane or any other common cause of damage to Florida homes, our residents rely on their insurance to come through for them. Unfortunately, the ways in which repairs are carried out are proving to be one of the leading causes of rising insurance costs in the state.

Insurance prices and homeowner costs have reached new heights since 2010, largely due to unreasonable and unfair Assignment of Benefits (AOB) claims. AOB claims allow the insured to permit outside parties, such as contractors, to request payment from their insurance companies on their behalf, essentially taking multiple steps out of an already complicated process. AOB’s original goal was to streamline the claims process for homeowners and create a better overall customer experience. However, scam contractors are now working alongside rapacious trial attorneys to exploit this once customer-focused system to defraud insurance companies in pursuit of their own gain.

A study from the Florida Office of Insurance Regulation (FLOIR) shows the average AOB claim is $17,000, which is 50 percent more than non-AOB claims. Additionally, the total number of AOB lawsuits increased from 408 in 2000 to over 28,000 in 2016.

Loopholes in the way AOB documents are being used have not only become concerningly prevalent, but present incredible harm to consumers. Questionable third-party companies often make higher claims than the actual damage value to insurance companies, seeking to run away with a profit. In some instances, claims are not even reported to the insurance company until repairs have been completed, precluding any sort of verification of the actual value of damages by an outside party. Implemented in bad faith, this ploy results in huge profits for the contractor, both escalating severity and raising premiums for insurance holders.

AOB claims only increase when hurricane season arrives. After a storm, scam contractors look to claim the right to insurance benefits from consumers eager to simply repair the damage to their home and move on. The insurance industry attempts to prevent AOB scams, but our current system allows contractors to acquire the benefits, file inflated claims and pursue lawsuits against insurers when the claims are rightfully disputed or denied.

Changing the way AOB’s are employed is vital to stopping the insurance abuse currently running rampant in Florida. Without such action, insurance premiums for homeowners will continue to skyrocket. Our priority should be building a more controlled system between homeowners, contractors and insurance companies through the legislative process. Under current circumstances, Florida homeowners are unable to expediently receive payment for claims, resulting in a delayed process, increased costs to insurance companies, and ultimately higher premiums for the insured.

Unfortunately, this is not a new issue. In 2017, Florida lawmakers faced heavy criticism for failing to address AOB reform at a time when consumers were faced high rate increases. According to Insurance Journal, it was the sixth year in a row our legislators refused to address the AOB abuse due to contractor and trial attorney influence over Florida’s current system. Premiums are now projected to rise more than 60 percent over the next five years.

Additional legislative action is needed to address the 1917 decision in West Florida Grocery Co. v. Teutonia Fire Ins. Co., wherein the Florida Supreme Court decided the insured could assign benefits directly to a third party following a loss without the consent of the insurance provider. This dangerous precedent has survived for over a century, still making it unnecessarily challenging for insurance companies to prohibit false or fraudulent AOB’s in Florida.

If we simply (and logically) required transparency in the damage valuation process, all parties involved – the claimant, the AOB recipient and the insurance company – would be able to insure any and all necessary repairs are carried out at a price that does no wrongful harm to the others.

Such dishonesty as is currently present in AOB matters in Florida does little more than harm residents by increasing costs to insurance companies and causing inflated premiums. If our aim is to protect consumers, one of the first and best ways we can do so is by stopping false and fraudulent AOB claims in their tracks. This way, we can ensure claimants receive the services they need at a cost that is fair to those paying for such services, thereby keeping insurance premiums – and the cost of home ownership – down in the long run.

Rocco English is a State Farm Insurance Agent for the Orlando area. A graduate of Penn State University where he played on the football team, his office focuses on Auto Insurance, Homeowner’s Insurance, Renter’s Insurance, Life Insurance, and Business Insurance throughout the Orlando  area including Winter Park, Oviedo, Maitland and the surrounding Florida areas with competitive rates. 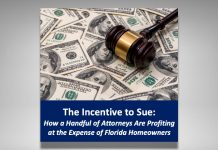 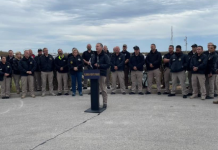