Will Rogers used to say, “If you find yourself in a hole, stop digging.”

It seems that far-left progressive Democrats, you know, AOC, Bernie, Nancy, Chuck and now even President Joe “Bunker” Biden don’t know what this common-sense adage is all about.
One would think that after their defeat in the Virginia gubernatorial election that they would have learned that their message isn’t working with the suburban and independent voters they need to stay in power. Instead, they believe, and have even said, that they just didn’t do a good enough job selling their message.

This is a fatal flaw in their thinking.

On just about every issue the socialist Democrats are flat out wrong, and yet, they continue to dig themselves a deeper hole.

A recent Wall Street Journal poll, confirmed by a Rasmussen Reports poll, indicates that almost two-thirds of all voters believe the country has gone off-track, while only 27 percent believe we’re going in the right direction. This is a harbinger of the problems that this administration has created for itself.

To compound the problem, voters are very pessimistic about our future. Some 46 percent of them expect the economy to get worse in the next year, compared with 30 percent who expect it to get better. Voters also believe that inflation will grow worse by a 29 percent margin. Negative perceptions on crime overrule positive ones by a 33-point margin and border security wins by a negative 26-point margin.

Take crime, a top issue in most national polls since last summer. Blue state governors and mayors are having to back down, in many cases reluctantly, from their “Defund the Police” slogan from last year because crime continues to dominate the headlines. Free bail, easy-on-crime Democratic district attorneys, less police on duty, flash gangs raiding department stores, are just some of the problems that voters are very concerned about but almost none of these ill-conceived policies have been overturned.

Historically, pocketbook issues drive elections, and the 2022 midterm won’t be the exception as the numbers above show on a plethora of issues important to Americans.

It is perhaps on the cultural side of the equation where woke socialist Democrats are digging the hardest. No single issue has generated more political action from moderates and conservatives, suburban and rural voters, than the controversial and academically-created Critical Race Theory (CRT).

Parents, many of whom stated home during the COVID pandemic, began listening to teachers promote this hate-filled “theory” that was itself created by racists as an excuse to unravel decades of positive movement on race relations and to further divide our country.
As a child of the 1960s, I learned the unvarnished truth about the civil rights movement–the good, the bad, and the ugly. It wasn’t sugar-coated because we all witnessed what happened to truly peaceful protesters led by Dr. Martin Luther King every night on national television. America wasn’t fundamentally racist but we certainly had our fair share of bigots and racists who resisted, often violently, against change and the fight for equality. We survived that tumultuous time in our history and our country is better for it.

To have out and out racial nationalists suggest that we go back to identifying solely by skin color, that we segregate students – and all people – by race is contrary to what our country achieved. Interestingly, most African-Americans, Hispanics and other minorities reject CRT out of hand and have pushed back against increasingly out-of-control school boards. In San Francisco, the school board replaced the names of schools named after George Washington, Abraham Lincoln and other famous Americans. Now a majority of that board is facing a recall election campaign.

We understand that our forefathers were not perfect – no one is. But Americans reject the faulty logic of CRT which is the canary in the coal mine for the socialist Democrats, if they will listen.

Gender identity is another silly and scientifically unsupported woke creation that has gone to extremes where young children are exposed in schools to drag queens, books about sexual identity that are inappropriate for elementary school students and the strange new pronouns that these leftist teachers are pushing and indoctrinating on our children.

According to a Rasmussen Poll, 63 percent of American adults believe strongly when asked to agree with the statement “there are two genders, male and female.” Only 18 percent disagreed. While a plurality of Democrats–47 percent– disagreed, 82 percent of Republicans and 60 percent of unaffiliated voters strongly agreed with that statement.

Even more Americans–68 percent–believe strongly that teachers should not be allowed to counsel students about their sexual and gender identities without parental knowledge or consent.

A solid majority of Black Americans–68 percent–oppose these new twists on gender identity while 55 percent of other minorities also oppose them.

But woke socialist Democrats and their liberal media comrades continue to punish anyone, including author J. K. Rowling of Harry Potter fame, who think there are only two genders.

So, one might ask doesn’t President Biden hear the discontent with his policies and that of his socialist gang? The simple answer is no. Despite his public relations campaign to portray himself as a moderate during the 2020 presidential campaign, he has thrown in completely with the far-left progressives as atonement for beating Bernie in South Carolina.

Biden has squandered all of the goodwill that he had when he entered office. He has fallen as fast as former President Donald Trump did–but the difference is that Trump had the establishment, the Hollywood elites, and the mainstream media against him. President Biden has all of these groups on his side and the media continues to hide the real truth from the public. Yet, Fox News remains the number one source for televised information in the country, and CNN, MSNBC and the other yellow journalists can’t seem to get it right regardless of the facts.

Americans are not as stupid as the establishment elites believe they are and we see through this lack of accountability and truth-seeking that journalists once sought. Today, by and large, the media are lackeys for the Democratic Party and it will do little to embarrass Biden and his socialists Democrats.

Biden is now being compared to former President Jimmy Carter, the ultimate political put down. A CNN poll found that Biden’s economic approval ratings are worse than Carter’s. Carter’s economic net approval of -8 points in early January 1978 CBS/New York Times poll was the lowest around this point in a presidency until Biden’s -13 points.

The stunning defeat of Biden’s “Build Back Better” legislation by a majority of U.S. senators, including importantly U.S. Sen. Joe Manchin, D-WV, portends more trouble ahead.

If the woke Democrats stop digging, they have a chance to continue to lead America, but as of right now, they are just looking for bigger shovels. 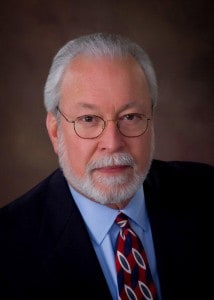 Barney Bishop III, a conservative Democrat, is a former executive director of the Florida Democratic Party and a former CEO of Associated Industries of Florida, known as “The Voice of Florida Business.” He is currently the CEO of Barney Bishop Consulting in Tallahassee, and he can be reached at barney@barneybishop.com

Rick Scott on Filibuster Vote: Chuck Schumer Only Cares About Staying in Power