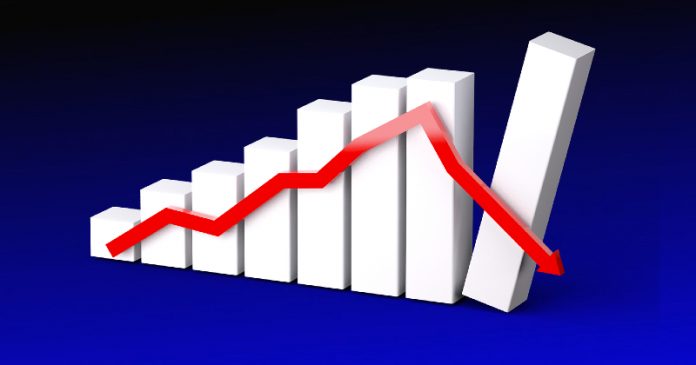 Declining stocks, soaring inflation and interest rates rising to combat high prices are feeding the “FUD” monster – fear, uncertainty and doubt. The media eats it up and spits it out for your digestion.

But if you consume the constant stream of negative economic news habitually and buy into it, you may start making hasty financial decisions based on FUD that later on might give you indigestion.

First of all, the fear isn’t well-founded. Yes, inflation is bad, but we’ve had inflation before. Volatility – it’s always there. The movement of interest rates – we’ve been there before. These things aren’t anything new, but when headlines rife with fear get inserted into the narrative, it becomes dangerous.

The mainstream media tries to get people glued to the fear, uncertainty and doubt. Those who are nearing retirement or are already retired are especially vulnerable. The FUD can cause them to make knee-jerk reactions and unwisely change things in their financial plan. Those responses run counter to the idea that helped them build their wealth – accumulating compound interest. Many tend to panic-sell when an asset is down and pull money out at the worst possible time. Instead of compound interest being their friend, they now have compound dangers mounting.

By not planning for the FUD moments, they move from wealth building to wealth destruction.

For who, when, and how much?

How do you insulate yourself from the media-fueled FUD and create your own financial narrative? That comes down to three questions to ask yourself: 1) Who is the money for?; 2) When is it needed?; 3) How much is needed?

If someone has $1 million, for instance, regardless of their age, they’re not spending that entire amount this year or next year or in the next three years. They should focus on when they will need certain amounts, and the various ways to receive the money, one reason being their tax liability. Tax diversification is important. Building a bucket of tax-free income in retirement is worth considering. If you are over age 50 and can take advantage of a Roth 401(k), Roth 403(b) or Roth TSP (thrift savings plan), consider directing catch-up contributions into the account. For 2022, that is a maximum of $6,500. You pay tax on contributions, so you don’t have to pay when you withdraw the money.

People are most vulnerable to market shocks in the early years of retirement due to sequence of returns risk. Someone who withdraws money early in retirement from a portfolio that’s declining in value is at greater risk of depleting their nest egg too soon, compared to a retiree who suffers a market downturn years later.

Reducing demands on your investment portfolio is one of the most important things you can do. Retirees can restructure where their withdrawals come from. For example, to avoid pulling money from stocks or bonds – both of which are significantly down this year – they can pull from cash instead. Drawing from a cash bucket while waiting for other assets to recover avoids the sequence-of-returns risk that is there when pulling money from assets that are down in value. Another way to lessen the burden on your investment portfolio is Social Security. Recipients get an 8 percent annual boost to the benefits each year they delay claiming past full retirement age; the boost stops after age 70.

Your portfolio should be a mix of different assets, like stocks as well as bond-like and CD-like instruments, and the allocation should be determined by your risk tolerance, time horizon, cash-flow needs and taxes. It should also include both growth and value stocks or exchange-traded funds for smaller accounts. In addition, you can consider companies that pay dividends regularly, which can help weather volatility. Then there are assets that are traditionally considered inflation hedges, like gold and other commodities, as well as real estate, although these have not helped to counter inflation so far this time around. Again, it depends on your time horizon and what you need to be invested in in order to remain a confident investor.

The bottom line is, while the media will tell you there are numerous things about the economy to fear, there are more ways to create your own financial narrative.

Barry H. Spencer (www.wealthwithnoregrets.com) is the author of The Secret of Wealth With No Regrets and a contributor to three other books. He is a financial educator, industry thought leader and philanthropic and retirement income planning specialist. Spencer has appeared in publications such as Forbes, Kiplinger, and Worth, and TV affiliates of ABC, CBS and NBC. He’s been interviewed by an original “shark,” Kevin Harrington, on the Emmy-winning Shark Tank, and by James Malinchak, who was featured on ABC-TV’s hit show Secret Millionaire.