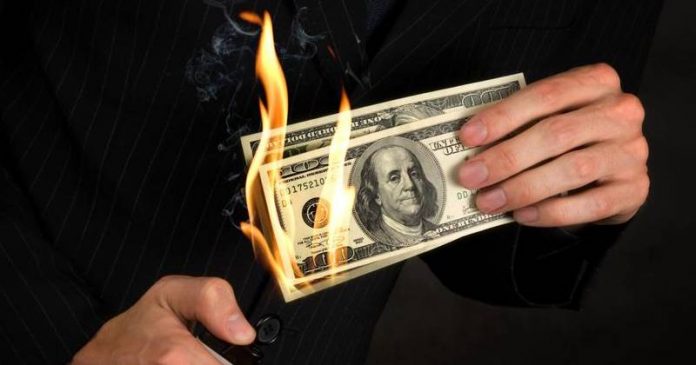 A new analysis published in the New York Post from Heritage Foundation economists Stephen Moore and E.J. Antoni shows that most Americans have lost more than $30,000 in the economy presided over by President Joe Biden.

More than 150 million Americans currently have part of their retirement savings invested in the stock market. But under Biden, the Dow Jones Industrial Average and the S&P 500 have both dropped 6 percent, while the NASDAQ has fallen 18 percent.

Moore and Antoni noted these declines get worse when inflation is added to the mix.

“Another 13 percent or so to these stock losses. Inflation also hurts returns from bonds — which typically account for between 20 percent and 40 percent of retirement fund investments. That is because, as we are now seeing, higher inflation means higher interest rates, which lower the value of the bonds you own,” they noted.

Because of inflation, traditional pension funds are also taking a hit. At the start of the year, these stood around $27.8 trillion in assets, with that number dropping under $24 trillion, a decline of 15 percent.

The economists also pointed out that many state government and union pensions were already facing financial shortfalls.

“The combination of high inflation and a bear market in stocks means insolvency is a real threat. Some may need bailouts or will have to sharply cut promised benefits,” they noted.

The analysis also reveals that paychecks and monthly savings are also getting hit.

“We’ve now had seven straight months of 8 percent + inflation, (and) we have calculated that over the past 20 months, this rise in consumer prices over wages means that the average family in America has lost nearly $6,000 in purchasing power and since President Biden took office, monthly savings have collapsed, falling 83 percent,” they noted.