“I am grateful to Senator Hutson for his commitment to improving career and professional education opportunities for students across Florida,” Galvano said when he tapped Hutson to the council. “The Talent Development Council will work to identify Florida’s fastest-growing industries and the credentials required for employment in those industries and will assess whether postsecondary degrees, certificates, and other credentials awarded by our postsecondary institutions align with employment needs and job placement rates. This important work will help us better align our education system to the realities of our economy to ensure students graduate with degrees and credentials that lead to the high-wage, high-value jobs needed in our growing communities.”

Hutson championed a bill this year to change the Higher Education Coordinating Council to the Florida Talent Development Council.

“The council is tasked with developing a coordinated, data-driven, statewide approach to meeting Florida’s need for a 21st-century workforce that utilizes Florida’s talent supply system,” Galvano’s office noted. “The bill also moves the administrative support for the council from the Department of Education to the Department of Economic Opportunity. By December 31, 2019, the council will submit to Governor DeSantis, President Galvano, and Speaker Oliva, the Board of Governors, and the State Board of Education a strategic plan for talent development to accomplish the goal of 60 percent of working-age Floridians holding a high-value postsecondary credential by 2030.”

“The heart-wrenching and devastating impacts of Alzheimer’s disease are felt in families and communities across our state,” said Galvano. “Leader Gibson has experienced the impacts of this horrible disease in her own family, and I know the Advisory Committee will benefit from her perspective. I appreciate her willingness to serve the Senate in this important role.”

“Criminal justice reform is an important priority for many Senators, and I appreciate Senator Pizzo’s willingness to represent us on this important Task Force. As a former assistant state attorney in Miami Dade County, he will bring an important perspective to the Task Force,” said Galvano. “Likewise, Larry Eger will provide an important voice for public defenders across Florida and ensure their viewpoints are considered as the Task Force considers recommendations for legislative changes to Florida’s Criminal Punishment Code.”

“I am honored to have been appointed by President Galvano, and will serve with the diligence commensurate to this great responsibility,” said Pizzo.

Galvano wasn’t done as he named state Sen. Lauren Book and former state Sen. Ellyn Bogdanoff to represent the Senate on the Statewide Council on Human Trafficking Direct-Support Organization Board of Directors.

“Human trafficking is a plague on our society, with wide-ranging impacts to communities and families across our state. Senator Book has been a champion of legislation designed to fight human trafficking in a variety of innovative ways that will ensure we both help those impacted and bring perpetrators to justice. I am honored Senator Book will represent the Senate on this important Board,” said Galvano. “Likewise, former Senator Bogdanoff is passionate about eliminating this form of modern-day slavery in our state. She will be a strong and dedicated voice as the Board of Directors begins its important work.”

“The enslavement and exploitation of men, women, and children is simply not acceptable and must be fought with the full force of the law — but to truly eradicate this real-life evil, we must look at the totality of forces at play. Education for prevention, recognition, and reporting are key, as are support services for brave survivors,” said Book. “I am honored to be appointed by President Galvano to the Statewide Council on Human Trafficking Direct-Support Organization Board of Directors. This work has been some of the most meaningful of my life, and I look forward to continuing to empower and support survivors of human trafficking as we continue to combat this scourge on society and bring perpetrators to justice.” 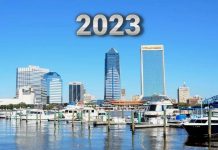