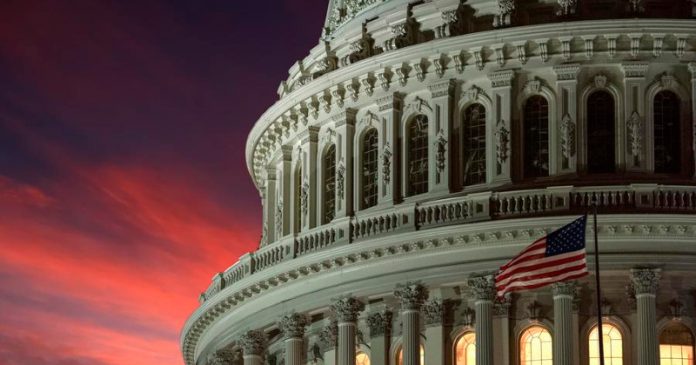 Rep. Kevin McCarthy was reelected leader of the House Republicans last month by an overwhelming vote. But that’s not enough to become speaker of the House in the 118th Congress. That requires a majority of every House member who casts a vote.

If each of the incoming 434 members votes (one seat will be vacant after the passing of Virginia Democrat Donald McEachin), 218 will be required to reach a majority. Since Republicans will have 222 seats, McCarthy can only afford four defectors. As it stands, five Republicans have openly signaled their opposition to their current leader becoming House speaker: Reps. Bob Good (Va.), Matt Gaetz (Fla.), Andy Biggs (Ariz.), Ralph Norman (S.C.), and Matt Rosendale (Mont.). Biggs, who seems to be the ringleader and has announced his own candidacy, claims the opposition is broader, including 20 “pretty hard nos.”

The dissenters are on the most far-right and most-Trumpy fringe of the Republican conference, complaining that McCarthy is insufficiently committed to spending cuts, impeachment of Biden administration officials, and combative tactics in general. If they won’t let McCarthy get to 218 on the first ballot, then the House will keep voting until someone reaches a majority.

McCarthy insists he will stay in the race until he wins, but moderate Republican Rep. Don Bacon of Nebraska made an interesting comment to Politico last week: If McCarthy’s opponents “refuse to play ball,” he said, “we’re willing to work across the aisle to get an agreeable Republican.” In other words, if McCarthy can’t become speaker on a party-line vote, then a handful of Republican moderates could join forces with Democrats to elect a different Republican speaker on a bipartisan vote. (Some intrigued Democrats have floated the retiring Rep. Fred Upton of Michigan.)

Every American who wants Congress to function normally should root for a just such an outcome, and not only because it would represent a bipartisan breakthrough.

The anti-McCarthy faction is tiny. It does not represent the heart of the House Republican conference, let alone the American electorate. Yet the dissenting members are trying to exploit the House’s narrow margin and wield disproportionate power. The tail wishes to wag the dog. But they can only do so if the rest of the GOP rolls over.

Bacon recognizes that McCarthy’s opponents would lose their current leverage if 218 votes exist for an alternative. The far-right renegades reject the scenario as fanciful. In an appearance on Biggs’ podcast, Rep. Good called it “a calculated disinformation campaign obviously generated by Kevin McCarthy and his allies in the media to try to scare folks.” He added, “There’s no Democrat that’s not going to vote for [incoming House Minority Leader] Hakeem Jeffries” in the speaker vote on the House floor.

Maybe that’s true on the first ballot. But if things go sideways for McCarthy, Democrats would have good reason to compromise – to settle on a Republican speaker candidate who would run the House in calm fashion, such as by committing to keep the government open and raise the debt limit to avoid default on the Treasury Department’s debt obligations. Many House Republicans should also see the wisdom in supporting such a candidate.

Past government shutdowns in 1995, 2013, and 2018 damaged the GOP’s standing and failed to achieve the instigators’ stated policy goals. In 2015, Republicans only avoided an embarrassing shutdown when Speaker John Boehner announced his resignation, freeing himself to pass legislation keeping the government open by relying on Democratic votes and marginalizing far-right malcontents. Today’s Republicans shouldn’t want to put another speaker in a similarly impossible situation. Refusing to raise the debt limit – defaulting on the debt, and sparking a global economic crisis – could also undermine GOP’s hopes for 2024. Why should the majority of Republicans give a nihilistic splinter group the power to do that, when they can cut off the rogues at the knees now?

Moreover, Republicans need not worry about giving Democrats full control of the floor and allowing them unfettered ability to enact their policy agenda. Republicans would still hold the House majority, and the Senate filibuster will continue to give that body’s Republican minority a role in governance. No major spending bills have much chance of clearing Congress in the next two years, no matter who holds the speaker’s gavel. And Republican-led House committees would still be able to make Joe Biden’s life miserable with investigations.

Since the vast majority of House Republicans support McCarthy, their first course of action will probably be to try to outlast the far-right uprising and wait for surrender after one or more ballots. But let us hope the dissidents overplay their hand and create an opening for a bipartisan speaker. We don’t need another two years of high anxiety over whether Congress can keep the lights on.

Bill Scher is a contributing editor to Politico Magazine, co-host of the Bloggingheads.tv show “The DMZ,” and host of the podcast “New Books in Politics.” He can be reached at contact@liberaloasis.com or follow him on Twitter @BillScher. This article was originally published by RealClearPolitics and made available via RealClearWire.