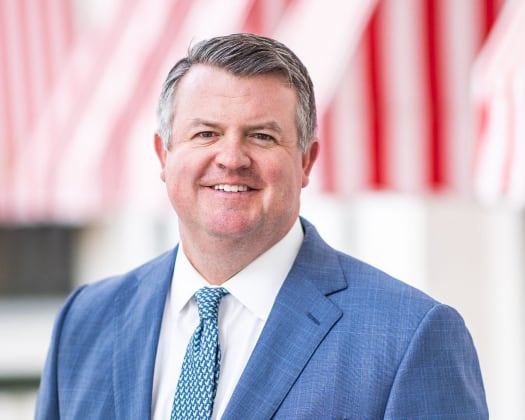 During its annual meeting in Orlando this week, the Board of Directors of the Associated Industries of Florida (AIF) unanimously named Brewster Bevis as president of AIF, effective immediately. Bevis will transition to president and CEO beginning January 1, 2022.

In January, Bevis will succeed former U.S. Rep. Tom Feeney, R-Fla.., who several years ago advised the board of his plans to transition out of his role by the end of 2021. Feeney has served as AIF’s president and CEO since 2011, helping to lead the organization through growth of its membership as well as success on major issues in Tallahassee.

“It has been an honor to lead AIF for the last 10 years, and I am proud of all we have accomplished during that time to promote free enterprise and prosperity in our state,” said Feeney. “Brewster has been an integral part of all our successes, and I have long viewed him as a leader in this organization. I have no doubt that AIF will continue to see great success under his direction. I look forward to my new endeavors that are on my horizon in the future.”

“It was Tom’s leadership several years ago in coming to the board and encouraging us to begin working on a succession plan for a new CEO that allowed us to find the right person to lead this great organization. We are grateful to Tom for his decade of service to AIF and are excited to have Brewster at the helm to lead AIF into the future,” said Brian Musselwhite, the vice president of state government affairs for Comcast NBCUniversal and the chairman of the AIF Board of Directors. “In his 10 years with the organization, Brewster has proven time and again what an effective leader and staunch advocate he is for AIF’s members. He has worked tirelessly in the halls of the state Capitol fighting for their best interests year in and year out. So of course, Brewster was the natural choice for this position, and we look forward to continuing to work with him moving forward.”

“I am humbled by the board’s unanimous vote today, and I am grateful for the confidence they have in me to lead this organization forward,” said Bevis. “It has been a privilege to work so closely with AIF’s members over the last 10 years and to advocate on their behalf for policies that will help create more jobs and prosperity for Floridians. I look forward to continuing to do so in this new role.”

“Over the last decade, Brewster has established himself as a well-known voice in the Capitol consistently advocating for Florida’s business community,” said Florida Senate President Wilton Simpson, R-Tribly. “I want to congratulate him on this well-deserved appointment and wish him success as he assumes this new leadership role at AIF.”

“Congratulations to Brewster on being named the new president of AIF,” said Florida House Speaker Chris Sprowls, R-Palm Harbor. “He has represented the organization well over the last decade and is a smart choice to lead AIF moving forward.”

Bevis joined AIF in 2011 as vice president of external affairs and was subsequently promoted to senior vice president of state and federal affairs in 2013. Prior to joining AIF, Bevis served as senior director of legislative affairs for the Associated Builders and Contractors national office. He also worked in Congress for several years and is a former presidential appointee in the Bush administration.