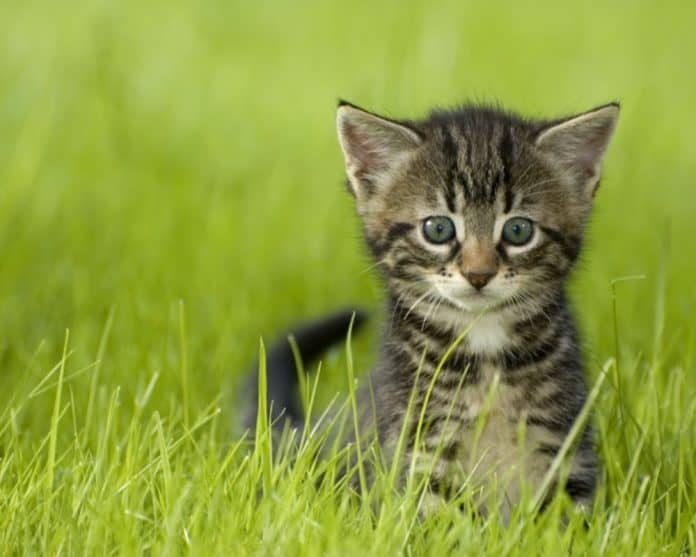 A Florida congressman’s efforts to prevent the U.S. Department of Veterans Affairs (VA) from experimenting on animals continue as he paired with a congresswoman from Nevada on a new bill.

At the start of 2019, U.S. Rep. Brian Mast, R-Fla., who sits on the U.S. House Veterans Affairs Committee and lost both his legs during his service in Afghanistan, teamed up with U.S. Rep. Dina Titus, D-Nev., to unveil the “Preventing Unkind and Painful Procedures and Experiments on Respected Species (PUPPERS) Act”  which “will put an end to the Department of Veterans Affairs’ practice of performing painful and distressing experiments on dogs, including drilling into dogs’ skulls, inducing heart attacks, and collapsing their lungs.”

The proposal was rolled into federal appropriations bills passed by Congress and signed by President Donald Trump at the end of last year which included efforts to “eliminate or reduce the research conducted using canines, felines, or non-human primates by not later than five years after the date of the enactment of this act.” Mast’s and Titus’ proposal prohibited the VA from purchasing, breeding, transporting, housing, feeding, maintaining, disposing of or experimenting on dogs as part of the conduct of any study that causes significant pain or distress.”

Mast and Titus reeled in the support of a number of different groups including AMVETS, American Military Retirees Association, DisabledVeterans.org, American Humane Society and the White Coat Waste Project.

Mast and other members of Congress wrote the VA on the matter back in August 2018. In September 2018, VA Sec. Robert Wilkie noted there were almost 10 experiments continuing which former VA Sec. David Shulkin approved before Trump fired him in March 2018.

“VA only conducts such research when absolutely necessary and already makes every effort to reduce it, when possible,” the VA informed Florida Daily. “VA will continue conducting research with animals, as it is absolutely necessary to better treat life-threatening health conditions in our veterans. In fact, research with animals in Cleveland involving researchers from the U.S. Department of Veterans Affairs (VA) recently led to the development of a device that allows Veterans with spinal cord injuries to cough on their own and communicate with a stronger voice, leading to increased independence and significantly reducing respiratory infections and deaths. This important advancement would not have been possible using computer simulations, test tube techniques, ‘organ on a chip’ technology or smaller animal species.

“VA has very few animal studies active at any one time, but some problems like this one can be addressed only with animal research, underscoring the importance of this kind of research in helping veterans who have been severely injured on the battlefield,” the VA added. “This latest medical breakthrough is another addition to 30 important VA canine studies that have benefited veterans.”

This week, Mast and Titus offered their latest effort, the “Cat Abuse in Testing Stops (CATS) Act” which will end the VA experimenting on cats.

“Documents released by the VA – including disturbing photos and videos of the cat testing – show that tax dollars have been used to purchase cats and kittens, sever their spinal cords, implant electrodes into their brains, and perform other abusive and even deadly procedures,” Mast’s office noted.

“The VA’s continued use of taxpayer dollars to conduct painful and wasteful experiments on cats and kittens is unacceptable,” Mast said on Thursday. “These tests are barbaric, unnecessary and do nothing to actually help veterans. That’s why I’m proud to introduce this legislation with Rep. Titus to bring them to an end once and for all.”

“The VA’s deadly and outdated cat experiments are sickening. You don’t have to be a cat owner like I am to recognize that,” Titus said. “I’m proud to introduce the CATS Act with Congressman Brian Mast, an Army veteran, to stop the VA’s cruel and unnecessary tests on cats so that these resources can be redirected to modern and humane research that will improve veterans’ lives.”

“We applaud Reps. Dina Titus and Brian Mast for introducing the CATS Act and their outstanding leadership to end the VA’s taxpayer-funded kitten catastrophe, which is opposed by most Americans and squanders precious VA money, space, staff, and time,” said Justin Goodman, the vice president of  advocacy and public policy for the White Coat Waste Project.

U.S. Rep. Matt Gaetz, R-Fla., and outgoing U.S. Rep. Donna Shalala, D-Fla., are among the bill’s 20 cosponsors. The bill was sent to the U.S. House Veterans Affairs Committee on Thursday. So far, there is no companion measure over in the U.S. Senate.