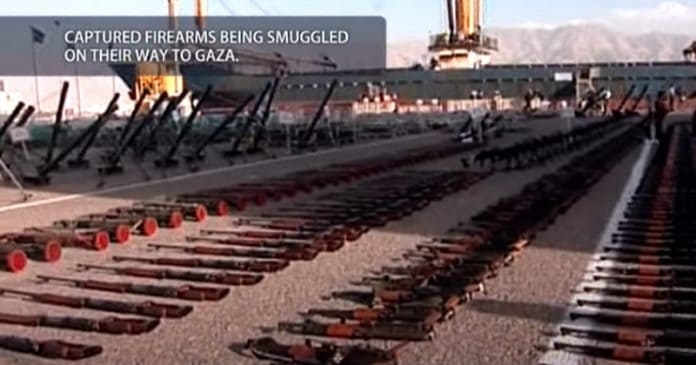 Mast’s office offered some insights as to why the congressman had brought out the proposal.

“Hamas and the Palestinian Islamic Jihad are foreign terrorist organizations and specially designated by the United States government as global terrorists. Hamas is responsible for the death of more than 400 Israelis and at least 25 United States citizens. The Palestinian Islamic Jihad has claimed credit for multiple terrorist attacks in Israel, including an attack that killed a New Jersey student,” Mast’s office noted.

After clearing the U.S. House Foreign Affairs Committee in July 2019, Mast’s bill was before the full House which passed it on a voice vote. More than forty members have lined up as cosponsors including U.S. Rep. Debbie Wasserman Schultz, D-Fla., U.S. Rep. Neal Dunn, R-Fla., and U.S. Rep. Matt Gaetz, R-Fla. However, the measure did not clear the U.S. Senate.

Mast and Gottheimer brought the proposal back in early 2021.

“Following my service in the Army, I chose to volunteer alongside the Israeli Defense Forces because our countries share the common ideals of freedom, democracy and mutual respect for all people. Hamas preaches destruction to Israel and death to the values we hold dear in the United States,” Mast said when he brought it back in “The United States must not tolerate anybody who provides support to these radical Islamic terrorists.”

“The terrorist group Hamas is well known for firing rockets and digging terror tunnels into Israel and using Gazans, including women and children, as human shields. It is critical that the United States and our allies continue to isolate terrorist groups like Hamas and Palestinian Islamic Jihad by cutting them off at the source,” Gottheimer said. “This bill will strengthen sanctions to weaken these terrorist groups that threaten our ally Israel, undermine peace, and further destabilize the Middle East. This bipartisan legislation, which has already passed the House unanimously, also contains important humanitarian considerations. I hope Congress will swiftly pass the Palestinian International Terrorism Support Prevention Act so it can be signed into law.”

Mast and Gottheimer were able to amend the NDAA to bring their proposal sanctioning Hamas in as part of it.

The House passed the $840.2 billion NDAA on a 329-101 vote as 180 Democrats and 149 Republicans approved it while 39 Democrats and 62 Republicans opposed it. The proposal is more than $30 billion higher that what the Biden administration called for and includes a 4.6 percent payraise for military personnel.

“Hamas is responsible for the deaths of hundreds of Israelis and at least two dozen Americans. Any person, group or government who supports Hamas is complicit and should not be rewarded,” Mast said last week. “This amendment is a powerful statement that we stand with our ally, Israel, and that the rest of the world must pick a side: freedom and democracy or violence and oppression, the U.S. or a terrorist organization.”

This Senate’s version of the NDAA includes $857.64 billion in defense spending and is currently before the full chamber.