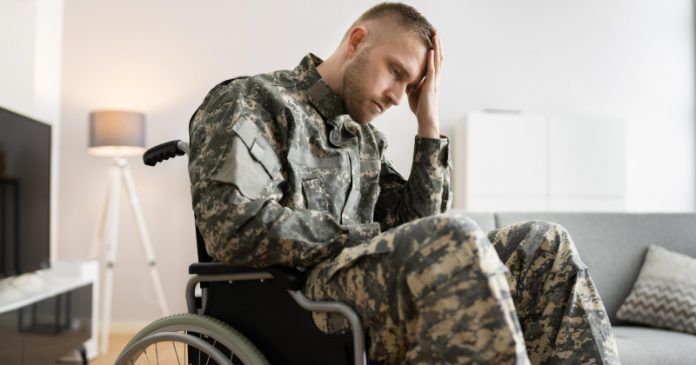 Last week, with the support of members of the Florida delegation, U.S. Rep. Brian Mast, R-Fla., introduced a proposal to create a “Wounded Warrior Bill of Rights.”

Mast’s office insisted the bill will help “cut through red tape, improve transparency and increase accountability for wounded warriors” and “would ensure veterans are able to effectively appeal decisions made regarding their medical separation from service and entitlement to disability benefits.”

Mast pointed to the wounds he received during his time in the military as one of the reasons he was championing the proposal.

“After I was blown up, my recovery was all-consuming–regaining the strength to get out of bed, learning to walk again and adjusting to life on two prosthetics,” Mast said. “Unfortunately, bureaucrats at the Department of Defense, who have never had any of these experiences before, are currently making this process even harder by pointing fingers at each other instead of doing what’s in the best interest of these wounded warriors. This bill of rights will protect wounded service members, ensuring they aren’t screwed over by these nameless, faceless bureaucrats.”

“Under current law, a little-known, civilian-run entity called the Defense Health Agency (DHA) determines if a servicemember is fit to continue military service and what disability benefits he or she will receive if separated. As a result of an unclear command structure and bureaucratic finger-pointing at this agency, servicemembers often find themselves unable to effectively appeal decisions,” Mast’s office noted. “The Wounded Warrior Bill of Rights would return authority to adjudicate appeals to military commanders within each branch, empowering active duty service members within the chain of command to determine the outcome of appeals. This change will protect the due process rights of wounded veterans by simplifying the appeals process to ensure a fair and speedy decision regarding medical separation decisions and disability benefit entitlement.

“Those who put on the uniform in defense of our country selflessly do so without asking anything in return. We must have their backs when they come home,” said Rodgers. “We have a responsibility to ensure wounded warriors going through the medical separation process are treated fairly with the respect and dignity they’ve earned. My hope is this legislation will restore accountability and implement the safeguards needed to prevent any future mistreatment during this process. I’m proud to introduce this bill with Congressman Mast, and I’m grateful to Major Will Ostan for his advocacy on this issue and service to our country.”

The bill was sent to the U.S. House Armed Services Committee. So far, there is no companion measure over in the U.S. Senate.