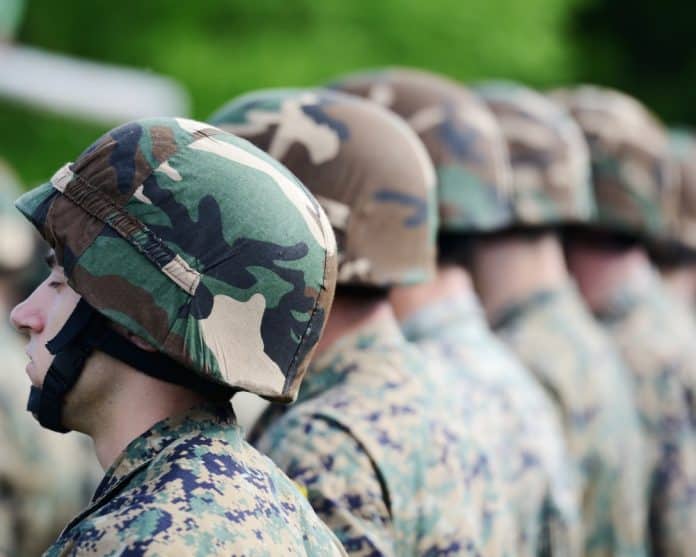 The NDAA contains Mast’s bill to expand for service eligibility age waivers to reserve physicians or reserve chaplains beyond the age of 68; his proposal to have the U.S. Defense Department evaluate veterans and active duty personnel who might have been exposed to open burn pits and airborne chemicals; and his proposal ending the “statute of limitations under the military code for maiming and kidnapping of a child.”

Mast weighed in on Thursday after the committee passed the NDAA.

“It takes a special kind of person to put on the uniform and dedicate their life to serving our country,” Mast said. “Our brothers and sisters in arms should be able to serve our country knowing that we have their backs on and off the battlefield.”

Back in January, Mast paired up with U.S. Rep. Tulsi Gabbard, D-Hi., to bring back the “Burn Pits Accountability Act.” Over the past three decades, more than 140,000 servicemembers and veterans have reported exposure to burn pits and toxic chemicals.

Last year, with the support of Gabbard who has launched a bid for the Democratic presidential nomination in 2020, Mast introduced the proposal which would have the Defense Department list servicemembers who could have been exposed to open burn pits or airborne toxins, enrolling them in the Airborne Hazards and Open Burn Pit Registry. Mast’s proposal would also ensure the Defense Department and the VA share information about burn pit and airborne toxin exposure.

“Exposure can produce serious and potentially life-threatening health effects, including neurological disorders, rare forms of cancer, lung diseases, and more, triggering some to call the crisis the Agent Orange of the post-9/11 generation,” the congressman’s office noted.

“When I was serving in Afghanistan, trash and human waste were often burned in open air pits,” Mast said back in January. “These burn pits are emerging as the Agent Orange of my generation. Service members that were exposed in Iraq and Afghanistan are seeing terrible health effects at a very young age, and we must do more to get them the care they have earned.”

“When I was deployed to Iraq, the cloud of toxic smoke and fumes from the massive burn pit in our camp was a daily reality,” Gabbard said when the bill was reintroduced. “I know the damage they cause. I’ve seen the devastating toll that’s taken on my brothers and sisters in arms who survived combat and came home, but are now suffering from rare cancers, lung diseases, neurological disorders and more.”

Mast also included a proposal “eliminating the statute of limitations under the military code for maiming and kidnapping of a child” which is not a new topic of concern to him.

In April, Mast brought out “Harmony’s Law” and the congressman’s office offered some of the reasons behind the proposal.

“The bill is named after Harmony Allen, of Port St. Lucie, Fla., who was raped during her third month in the Air Force by her instructor. Despite being found guilty and sentenced to jail time, he was subsequently freed due to the U.S. Court of Appeals for the Armed Forces misinterpreting the congressionally-mandated statute of limitations,” Mast’s office noted.

“I still bear the scars of what he did to me 16 years ago, and I have endured immense pain and suffering for justice, but my rapist is now free because of this absurd ruling that has now set a precedent that does not follow the intent of Congress,” Allen said.  “Knowing my rapist has been out there for the past 16 years has haunted me. The fact that he’s been able to stay in the military that I loved so dearly, get promoted and possibly have the chance to hurt others horrifies me. What’s worse is that allowing the rapists in the military to use this unlawful technicality will not only allow my rapist to go free, but other rapists who committed rapes for nearly two decades could avoid being held accountable and go free. They will be given a clean slate, receive medical benefits, back pay, and retirement even though they were rightfully convicted.  This is not justice and should not be allowed.”

“Harmony’s rapist was set free because of an absurd appeals court ruling that directly contradicts Congress’ intent to hold military members who commit rape accountable,” Mast said. “This is a massive miscarriage of justice for Harmony and many others, which is why Congress needs to intervene to prevent possibly hundreds of rapists from being set free without repercussion.”

Mast’s office offered some of the legal details when the congressman brought out the bill in April.

“Although Congress has made its intent clear in the National Defense Authorization Acts (NDAA) of Fiscal Years 1987 and 2006 that these heinous offenses will have no statute of limitations in the military, the U.S. Court of Appeals for the Armed Forces ruled in U.S. v. Mangahas that the statute of limitations for sexual assaults that occurred before 2006 is five years. In doing so, the court incorrectly overruled the military’s standard in place from 1986 to 2006 that rape could ‘be tried and punished at any time without limitation’ and misinterpreted the congressional intent of the 2006 NDAA by failing to apply it to cases that occurred prior to 2006,” Mast’s office noted.

“As a result, starting last year, convicted sexual offenders in the military are now able to appeal their convictions and be set free if they committed the offense before 2006 but were not charged within 5 years,” the congressman’s office continued. “Two convictions have already been overturned, including Harmony Allen’s case, and there are dozens more in the appellate queue. There may well be hundreds of convicted rapists released early from their sentence and acquitted of their crimes by the time the Court of Appeals for the Armed Forces has an opportunity to rule on every Mangahas appeal.”

Mast’s proposal would have the House Office of General Counsel “represent the interests of Congress in any cases related to the Mangahas decision” and have Congress ensure that “the passage of time should not bar the prosecution of rape or sexual assault under the Uniformed Code of Military Justice.” The bill also ends statutes of limitations for sexual offenses in the military against children.