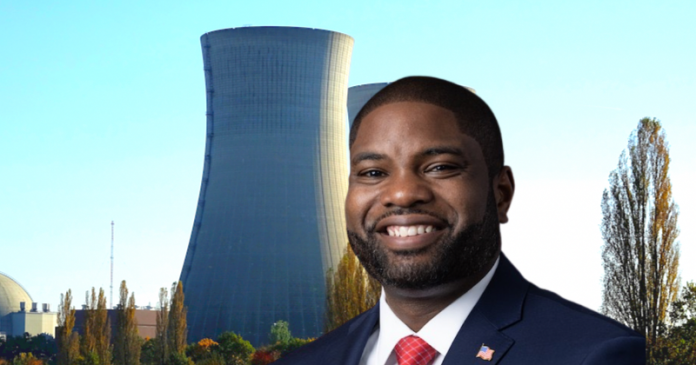 U.S. Rep. Byron Donalds, R-Fla., announced last week that he will serve as a vice chair of the Advanced Nuclear Caucus.

“As Putin’s war continues to destabilize Europe and as Biden’s war on American energy skyrockets costs, the time is now to revitalize our nation’s energy independence,” Donalds said when he joined the caucus. “I’m excited to be joining the bipartisan Advanced Nuclear Caucus, and I’m looking forward to advancing common-sense policies that promote increased production of clean American nuclear energy.”

Donalds weighed in on why he took the leadership post in the caucus last week.

“Advanced nuclear reactors are versatile, reliable and long-lasting. This cutting-edge technology presents a once-in-a-generation opportunity for a more resource-efficient, geopolitically secure, and scalable future,” Donalds said. “I am honored to be named a vice chair of the Advanced Nuclear Caucus for the 118th Congress, to raise awareness about the challenges facing the nuclear industry and promote the development and deployment of advanced nuclear reactors, fuel cycles, and technologies.”

Donalds garnered as many as 20 votes as Republicans attempted to pick a speaker earlier this month. U.S. House Speaker Kevin McCarthy, R-Calif., eventually won the gavel on the 15th ballot. Donalds served two terms in the Florida House before being elected to Congress in 2020.