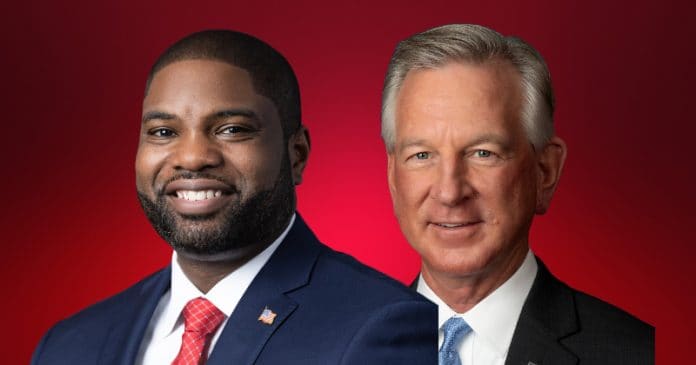 The bill, which U.S. Sen. Tommy Tuberville, R-Ala., introduced at the start of the month, “prohibits President Biden’s Department of Labor from restricting the type of investments that self-directed 401(k) account investors can choose to invest in through a brokerage window.”

The congressman’s office offered some of the reasons why he introduced the companion measure.

“The Financial Freedom Act is in response to March 10th regulatory guidance released by the Employee Benefits Security Administration, an agency inside of the U.S. Department of Labor (DOL). The guidance attempts to bar 401(k) investors from investing in cryptocurrency and undermines the ability of 401(k) plans to offer brokerage windows, which give retirement plan participants the ability to personally control how their assets are invested. The guidance threatened that employers and investment firms could be subject to a DOL investigation and enforcement actions should they allow individuals using brokerage windows to invest in cryptocurrency. This legislation would empower retirement savers to invest as they see fit and ensure that plan sponsors and financial firms are not punished for allowing investors to exercise financial freedom,” Donalds’ office noted.

“In a far-reaching and sweeping endeavor to centralize power in Washington, the Biden administration is now attempting to dictate how the American people invest their hard-earned money,” said Donalds. “This administration, as well as any other government entity, lacks the authority to direct the financial future of America’s investors. This unprecedented maneuver infringes on the founding principles of economic liberty and free markets. To stand up against this gross example of government overreach, I am proud to support Senator Tuberville’s effort in the Senate to protect American investors from unelected Washington bureaucrats.”

“Folks work for decades, live within their means, and invest wisely so they can retire comfortably,” said Tuberville. “Now, the Biden administration has taken it upon itself to dictate what assets are viewed worthy of retirement investment, taking the decision away from individual investors by issuing regulatory guidance targeting cryptocurrency. This is government overreach at its finest. The government has no business standing in the way of retirement savers who want to make their own investment choices. When you’ve earned your paycheck, how you invest your money should be your decision. Our legislation makes sure that is the case.”

The Blockchain Association, the Chamber of Digital Commerce and Heritage Action are backing the proposal.

Dondalds’ bill was sent to the U.S. House Education and Labor Committee.