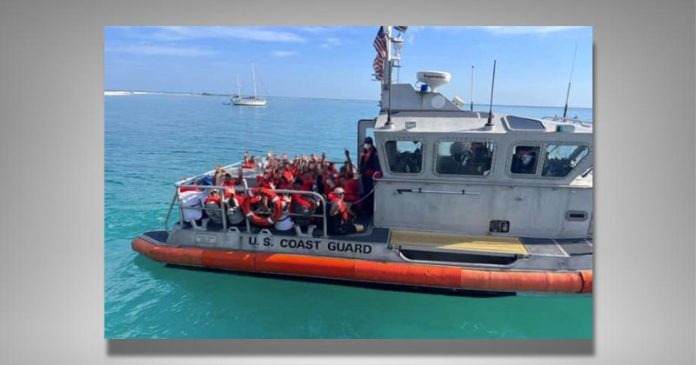 “I am incredibly honored to join the 118th Congress and continue the work for South Florida. With Speaker McCarthy leading, this Republican conference will deliver results for America. I am determined to work past the political gridlock for our country and focus on the issues that matter most to America,” Gimenez said as he was sworn in for a second term after U.S. House Speaker Kevin McCarthy, R-Calif., finally on the gavel at the end of the last week.

Gimenez also focused on the migrant crisis impacting his district and he took aim at President Joe Biden’s policies.

“The Biden administration’s pathetic policy of appeasement and concessions to the brutal Castro regime combined with the president’s unwillingness to secure our border, have created a migratory crisis that is directly impacting the Florida Keys. In the past week alone, nearly 1000 migrants have attempted to make landfall, including over 140 Haitian migrants,” said Gimenez. “Dry Tortugas National Park has already been forced to close because of this crisis, affecting the tourism-dependent economy of the Florida Keys.”

Gimenez called for Mayorkas to resign and for more government coordination to handle the crisis.

“Secretary Mayorkas has repeatedly demonstrated his abdication of his responsibilities as leader of the Department of Homeland Security and failed to enforce our public safety immigration laws. He must resign immediately,” the congressman said. “The Biden administration must coordinate with Monroe County and the state of Florida to reimburse local resources that have been expended to process and care for this latest wave of migrants, increase Customs and Border Patrol Protection on site in Monroe County, and provide additional resources to the Florida Keys, an island community which has been overwhelmed by this crisis.”