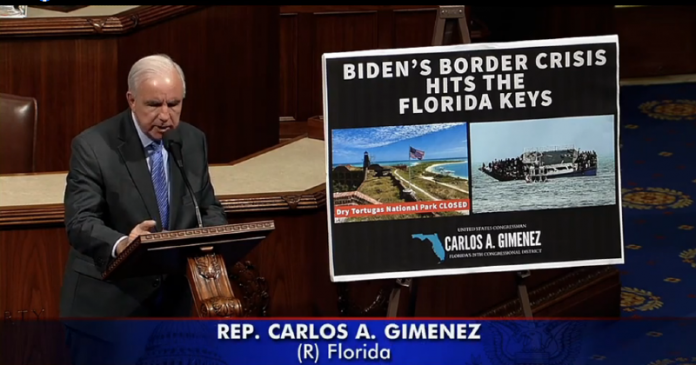 Last week, U.S. Rep. Carlos Gimenez, R-Fla., who represents Monroe County and the Florida Keys in the U.S. House, took to the House Floor to demand the Biden administration take action to address the migratory crisis currently facing his district.

“Since August 2022, nearly 10,000 people have been encountered in the waters off the coast of Florida. Congressman Gimenez has been one of President Biden’s most steadfast critics and has called on Secretary Mayorkas to resign for his failure to enforce our public safety immigration laws,” the congressman’s office noted. “On Friday, January 6th Governor Ron DeSantis signed an Executive Order activating the Florida National Guard, directing state law enforcement agencies and other state agencies to provide resources in support of local governments responding to the alarming influx of migrants landing in the Florida Keys, and providing additional support toward efforts to prevent further migrant landings on Florida’s shores. Congressman Gimenez thanked Florida Governor Ron DeSantis on the House Floor for activating the National Guard and taking bold action.”

Mr. Speaker, I rise today as our Florida Keys are under a state of emergency.

The President’s unwillingness to secure our border coupled with his pathetic policy of appeasement and concessions to the brutal Castro regime in Cuba, have created a migratory crisis unlike any that the Florida Keys has witnessed in decades.

Since August 2022 alone, federal, state, and local law enforcement have encountered nearly 10,000 people in waters off the coast of Florida.

And The Biden Administration is directly responsible.

Dry Tortugas National Park has already been forced to close because of this crisis, affecting the tourism-dependent economy of our Florida Keys constituents, boaters and tour operators.

And The Biden Administration is directly responsible.

Secretary Mayorkas has repeatedly demonstrated his abdication of his responsibilities as leader of the Department of Homeland Security and failed to enforce our public safety immigration laws.

It’s why I’ve called on him to resign immediately.

Governor Ron DeSantis quickly activated the National Guard and I want to thank him on behalf of my constituents for his leadership and bold action.

I’m calling on the Biden Administration to take action – now!

Reimburse Monroe County and the State of Florida for the local resources that have been expended to process and care for this latest wave of migrants. Increase Customs and Border Patrol Protection on-site in Monroe County, and provide additional resources to the Florida Keys, an island community which has been entirely overwhelmed by this crisis. 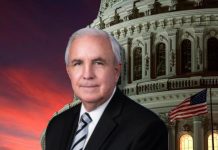