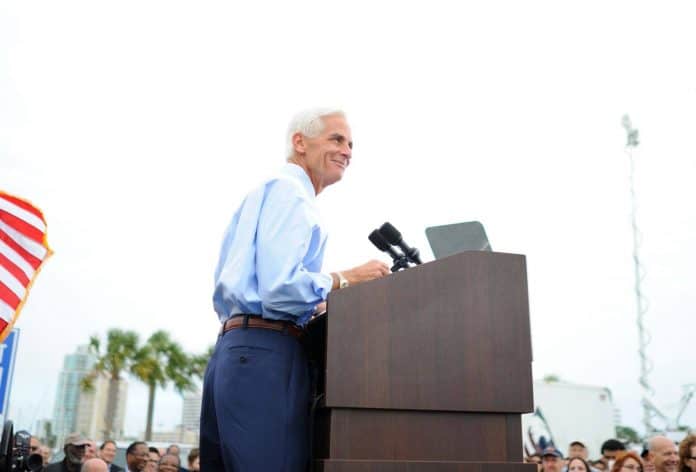 Last week, U.S. Rep. Charlie Crist, D-Fla., called on the U.S. Department of Justice (DOJ) to focus on collecting fines against spam callers and urged them to pursue more actions including jail time.

Back in January 2019, Crist paired up with U.S. Reps. Matt Cartwright, D-Penn., Garret Graves, R-La., and the late Walter Jones, R-NC, to bring out the “Spam Calls Task Force Act” which will create a federal task force to cut down on spam calls.

The proposal had the U.S. attorney general “work with the Federal Communications Commission (FCC) to convene an interagency working group with other federal and state agencies to address the following issues relating to spam calls: determine if any federal laws, regulations, or policies inhibit the enforcement of section of the Telephone Consumer Protections Act that prohibits spam/scam calls; identify existing and potential policies and programs that encourage and improve coordination among departments, agencies, and states; identify existing and potential international policies and programs; consider if additional resources would be helpful; consider if formal agreements between states and the federal government and/or foreign governments would be helpful; and consider if increased criminal penalties or fines would serve as an increased deterrent.”

Much of Crist’s proposal, including creating the task force, was included in the “Telephone Robocall Abuse Criminal Enforcement and Deterrence (TRACED) Act” which cleared Congress and was signed into law by then-President Donald Trump at the start of 2020.

“The success of the Spam Calls Task Force is heartening, but when Floridians don’t even want to answer their phone anymore, we’ve still got a big problem,” said Crist. “As the plague of scammers continues to harass and defraud Americans, I’m calling on the Department of Justice to double down. We have to use every tool at our disposal to protect our people from fraudulent calls. Collect the fines the FCC is issuing and put these fraudsters in jail!”

I am writing to you regarding the ongoing scourge of spam calls. As you know, my proposed Spam Calls Task Force was created by the TRACED Act (Public Law 116-105) in January 2020 and is highlighted in a October 27, 2020 DOJ report. The report highlights the interagency coordination and cooperation under the Spam Calls Task Force that led to hundreds of millions of fewer robocalls per month. Working together to get the job done brought relief to my constituents and Americans across the country.

Unfortunately, the spammers are back, plaguing Floridians day and night. The Task Force has done a remarkable job of identifying bad actors, but there is still much more to do in terms of enforcement – these bad actors need to feel the full consequences of their crimes. In this vein, I ask that you marshal the full arsenal of the DOJ and the Spam Calls Task Force and go after these fraudsters to the fullest extent of the law. I ask that your agency prioritize the collection of fines and consider jail time, under Title 18 of the United States Code. We should all be doing everything in our power to bring these criminals to justice.

In the fight to protect Americans from abusive spam calls, I am hopeful that you share my commitment to stop at nothing, including collecting financial penalties already levied — and sending fraudsters to jail. This is about keeping our families, friends, neighbors, and communities safe from those who are harassing and defrauding them, while preserving the phone call as a dependable source of communication. Floridians are counting on the DOJ and the Spam Calls Task Force to double down and stay one step ahead of the bad guys in the fight against spam calls.

Thank you again for all that you do and Godspeed.