On Thursday, U.S. Rep. Charlie Crist, D-Fla., announced the U.S. Department of Justice (DOJ) is sending a grant to the Tampa Bay area to help the victims of human trafficking.

Crist, who sits on the U.S. House Appropriations Committee, said that DOJ is sending a $349,895 grant to Goodwill Industries to help the victims at a local level.

“The grant, administered by the Department of Justice, will specifically fund staffing and training to create programs that will support services to human trafficking survivors and help them heal and move forward,” the congressman’s office noted. “Goodwill Industries is a nonprofit that provides a wide variety of community-based programs for marginalized or disadvantaged individuals and is funded under the Services for Victims of Human Trafficking solicitation.”

“For victims of human trafficking, programs like these go a long way in helping survivors heal and look to the future as they rebuild their lives,” said Crist. “That starts with providing organizations in our communities the resources necessary to better understand and respond to human trafficking through training, education, and public awareness.” 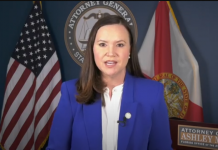 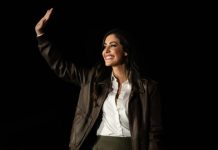