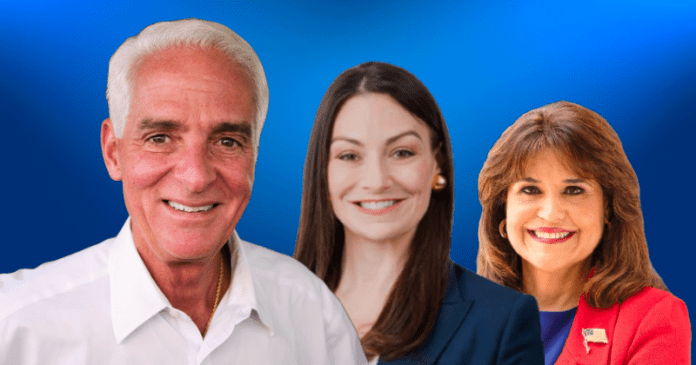 U.S. Rep. Charlie Crist, D-Fla., is crushing his Democratic primary foes as he looks to take on Gov. Ron DeSantis in November, a new poll shows.

Florida Politics commissioned St. Pete Polls to look at the Democratic primary and Crist has a commanding lead in the poll.

Crist, who was elected governor in 2006 when he was a Republican, has the support of more than half of those surveyed with 52 percent. State Agriculture Commissioner Nikki Fried places a distant second at 19 percent. State Sen. Annette Taddeo, D-Miami, who was Crist’s running mate when he ran for governor and lost to Republican Rick Scott in 2014, lags behind with 5 percent.

Almost a quarter of those surveyed–24 percent–remain undecided on who they will support in the August primary.

The poll of 1,859 likely Florida Democratic primary voters was taken from May 2 through May 3 and had a margin of error of +/- 2.3 percent.