Law Day was established in 1958 to contrast with May Day, a holiday celebrated by many communist and socialist groups. Since then, Law Day has been proclaimed every year by the president regardless of his political party.

As expressed in a joint resolution from Congress, Law Day serves as a “rededication to the ideals of equality and justice under law” and “for the cultivation of the respect for law that is so vital to the democratic way of life.”

Recent polls indicate a growing infatuation, especially among young voters, with socialism. Socialism and communism have never worked. Worse yet, they are responsible for millions of deaths and countless human suffering.

Many Americans think the Bill of Rights is what sets us apart from these regimes. Not so.

Scalia was right. Reviewing the Soviet Constitution there are great ideals: every citizen had equal rights in all fields of economic, political, social and cultural life, guaranteed employment in their trade or profession of choice, a right to rest and leisure, health protection, housing and education. History shows these are hollow promises — but why?

A key reason why America provides the greatest freedoms and opportunity in the world is the Rule of Law. The concept is hard to define; you’ve likely heard the saying that we are a country of laws, not men.

The Rule of Law has a few crucial components.

First, our separate branches of government provide a check on the other branches that prevent the accumulation of too much power in any single branch.

Second, every person — ruler and pauper alike — is accountable to the properly enacted laws and that there are consequences for not obeying the laws we all share.

As stakeholders in the legal system, we see these concepts play out every day. But our youth have likely never been exposed to these concepts beyond the classroom.

When I took over as chair of the Civics Education Committee almost a year ago, I had an ambitious goal. I wanted to reach students at every middle and high school in the county. With a lot of help and partnerships from those also sharing the passion for increasing civics education, we were able to achieve that goal on May 1.

This year’s program, developed in collaboration with Circuit Judge Adrian Soud and Professor Joanmarie Davoli from Florida Coastal School of Law, was titled “A More Perfect Union.” It references the Preamble to the Constitution and the goals for “We the People” to (among other things) “establish Justice” and “secure the Blessings of Liberty.”

The program recognized that our government is not perfect, but it is more perfect than its predecessors of Colonial British rule and the Articles of Confederation.

The setup of our government and the U.S. Constitution should not be taken for granted. It was the result of compromise — including the “Great Compromise” that led to a bicameral legislature with the number of representatives determined by population and the Senate having equal representation. It was also the product of debate — not the rancor that dominates our televisions today, but thoughtful debate  — both in the state house in Philadelphia and the public debates for ratification between the Federalists and Anti-Federalists.

Our young country saw the dangers of too much power being held by any one person or institution. Accordingly, our Constitution provides that the legislature has the power of the purse (controlling the budget) and the sole responsibility to enact laws, the executive wields the sword (enforcement of laws) as well as the power to veto laws enacted by the legislature, and the judiciary has judicial review to determine if a branch has exceeded its constitutional authority.

There are two quotes that are as true today as when they were first made. George Washington, in his 1796 farewell speech, said, “It is substantially true that virtue or morality is a necessary spring of popular government.” A century later, Frederick Douglass reiterated this point by saying, “The Life of the Nation is secure only while the Nation is honest, truthful and virtuous.”

Eric Roberson serves a judge of the 4th Circuit Court in Florida. He was appointed by Gov. Rick Scott in June 2017 after serving as a judge on the Duval County Court in Florida and currently serves as the Civics Education Committee chairman. 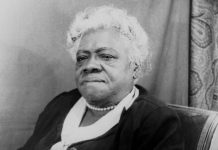