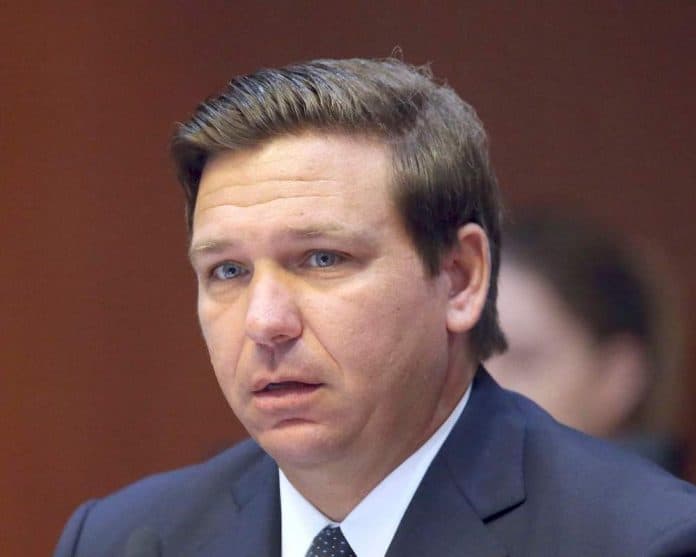 On Tuesday, DeSantis announced that South Florida Judge Renatha Francis will take the seat held by former Justice Robert Luck who was named to the U.S. Court of Appeals for the Eleventh Circuit by President Donald Trump. Francis will start her new duties in September due to state law requiring justices be members of the Florida Bar for at least ten years.

“Judge Francis’ story demonstrates that anyone who comes to the United States has an opportunity to make the most of their God-given talents,” said DeSantis. “Before immigrating to Florida, she ran two businesses and served as the primary caregiver for a younger sibling in Jamaica. After completing her law degree, she advanced to serve on the Miami-Dade County and then the 15th circuit court. Starting in September, she will serve as the first Jamaican-American to sit on the Florida Supreme Court and I know she will serve our state well.”

“I’m incredibly honored and humbled by this appointment and in the confidence that Governor DeSantis has shown by giving me this tremendous opportunity to serve the people of the great state of Florida,” said Francis. “As a student of history growing up, I was and remain in awe of the United States Constitution, its freedoms and its respect for the rule of law. I look forward to applying the law as written by the people’s duly-elected representatives as I serve at the highest level of our state judiciary.”

DeSantis also named John Couriel to the Florida Supreme Court to replace former Justice Barbara Lagoa who was also named to the federal bench by Trump.

“John Couriel’s life experience has taught him the value of freedom and democratic principles,” said DeSantis. “John has had a very successful career in the private sector and his willingness to serve and lend his intellect and abilities to our state is admirable. He believes in the rule of law and understands the proper role of the courts. I look forward to his accomplishments as a Justice on the Florida Supreme Court.”

“I’m grateful for the trust that Governor DeSantis has placed in me by inviting me to serve on the highest court of our state,” said Couriel. “Alexander Hamilton said, ‘courts have neither force nor will, but merely judgment,’ and I intend to exercise that judgment to the best of my ability. I am grateful to the people of the state of Florida who welcomed my parents to America from Cuba 60 years ago, when they and their parents sought justice, a better life and most of all freedom. Once again, I’m thankful to the governor for this opportunity to serve Florida and its citizens.”

Now with Kobre & Kim, Couriel also worked as an assistant U.S. attorney for the Southern District of Florida and with Davis Polk & Wardwell. Couriel ran in two legislative races. In 2012, he was the Republican nominee challenging longtime state Sen. Gwen Margolis but was routed by her, taking 38 percent of the vote while she pulled 62 percent. In 2016, Couriel came closer but lost a state House race to Democrat Daisy Baez who won 51 percent to 49 percent, beating him out by less than 1,500 votes.

William Large, the president of the Florida Justice Reform Institute and one of the leaders in the fight for legal reform in the Sunshine State, praised the governor’s picks.

“The Florida Justice Reform Institute applauds Governor DeSantis for his thoughtful and decisive leadership as he continues to reshape the Florida Supreme Court,” Large said on Tuesday. “The governor’s appointments of John Couriel and Renatha Francis as the 90th and 91st justices continue his mission to restore the court to it proper role as the interpreter of our laws, not the author.”

John Stemberger, the president of the Florida Family Policy Council and one of the leading social conservatives in the state, also weighed in on the new justices.

“Judge Renatha Francis is a woman with an extraordinary life story, solid character and deep faith,” Stemberger said. “She has a personal depth and a grace in that will serve her well. I know her personally and she is also clear on the limited and restrained role of the court and is a ‘textualist’ in the tradition of Clarence Thomas in her judicial philosophy. As the first Jamaican / Caribbean American justice on the Florida Supreme Court, Francis is an experienced and brilliant choice for Florida’s future. She is highly qualified with the unique perspectives of having served as a County Court judge, a Circuit Court judge, and ten years as a judicial law clerk for the First District Court of Appeals in Tallahassee. As a wife, mother and former business owner Judge Francis will bring valuable real-life experiences with her to the court.

“Attorney John Couriel is a highly respected lawyer with stellar credentials and a conservative judicial philosophy.  Born in Miami, Florida, Couriel graduated from Harvard Magna Cum Laude and received his J.D. from Harvard Law School.  He has served as a law clerk to the Hon. John D. Bates of the U.S. District Court, D.D.C.  He also served as an Assistant U.S. Attorney in the Southern District of Florida for five years. Couriel is a member of the Federalist Society and speaks both English and Spanish fluently.  Couriel is giving up an extremely lucrative salary to serve on our state’s highest court. When I served as a member of the Judicial Nominating Commission for eight years, we were always impressed when we found candidates who were not pursuing judicial positions motivated by an increase in salary.  This is not the first time a practicing lawyer who has never served as a judge to be promoted directly to the Florida high court.  Several past Florida justices have served coming directly from private practice,” Stemberger said.