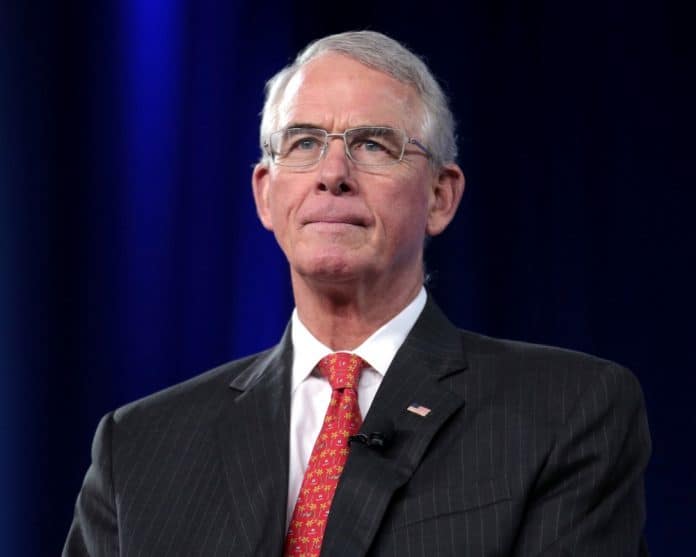 State Rep. Heather Fitzenhagen, R-Fort Myers, jumped in the race this week. Representing parts of Lee County in Tallahassee, Fitzenhagen has won four state House contests since first being elected back in 2012.

She’s not the only new candidate in the race. In recent days, Fort Myers Mayor Randy Henderson, who has been at his current post for a decade, also entered the crowded Republican primary.

In the meantime, a host of other Republicans have left the door open to running for the seat including former congressional hopeful Dan Bongino, state Rep. Byron Donalds, R-Naples, Matlacha Fire Commissioner Michael Dreikorn who ran for the seat in 2014, former state Rep. Paige Kreegel who ran twice before, attorney Steve Martin and conservative radio host Drew Steele.

On the Democratic side, college professor and businesswoman Cindy Banyai and businessman David Holden who was the party’s candidate last time out are running.

Some of the potential Republican hopefuls have run for the seat before in recent election cycles which underscores one of the stranger aspects of the Florida delegation in recent years: whoever has won this seat hasn’t stayed long in Congress. After winning four terms to represent Southwest Florida, Republican Connie Mack did not seek a fifth in 2012 and instead challenged then U.S. Sen. Bill Nelson, D-Fla. Conservative talk show host Trey Radel won the crowded primary and the general election in 2012 but resigned a year after taking office after being busted for trying to buy cocaine. Businessman Curt Clawson won the special election in 2014 but served less than three years, opting to retire from Congress in 2016 which opened the door for Rooney who is now bowing out after two terms.

The seat, which includes parts of Lee and Collier Counties, is heavily Republican. Donald Trump carried 59 percent here in 2016.