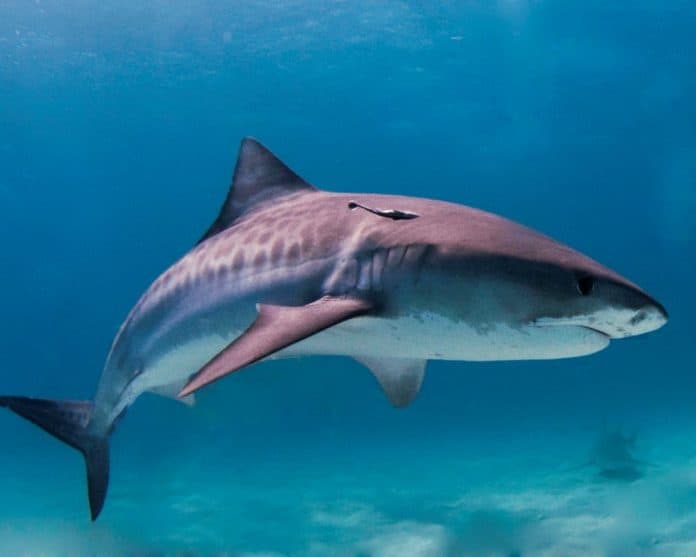 U.S. Sen. Marco Rubio, R-Fla., introduced the bill in the U.S. Senate at the end of last month.

Rubio has been pushing the “Sustainable Shark Fisheries and Trade Act” since 2018 and he reintroduced it this week.

The bill “would require any country that seeks to export shark, ray, and skate to the US to first demonstrate it has a system of science-based management to prevent overfishing and a prohibition on the practice of shark finning” and ensure other nations “must also receive certification from the National Oceanic and Atmospheric Administration that its fisheries management policies are on par with US practices” and modifies the High Seas Driftnet Fishing Moratorium Protection Act.

“Sharks play an important role in maintaining the health of ocean ecosystems and also benefit coastal economies via fishing, trade, and tourism,” Rubio said when he introduced it last month. “U.S. shark populations are growing as a result of years of sustainable management under our shark conservation and humane harvesting standards. This legislation would extend these successful standards to our global trade partners, helping to protect international shark populations and preserving the livelihoods of commercial fishermen in Florida, and other coastal states, who continue to fish in accordance with strong federal and state fisheries management laws.”

“In Florida, we know how important holding bad actors accountable is to responsible fisheries management and protecting Florida’s wildlife,” Scott said. “The Sustainable Shark Fisheries and Trade Act will help to address the global problem of shark finning and protect Florida’s commercial fishermen who abide by current state and federal laws.”

“As a Floridian and member of the House Natural Resources Committee, responsible oversight of our nation’s wildlife, environment, and fishing industry is one of my priorities,” Webster said. “American fishermen have made sacrifices to rebuild and sustain our shark populations. In the United States, we hold high standards for conservation and fishery management. ”

The bill was sent to the U.S. House Natural Resources and the Ways and Means Committees last week.