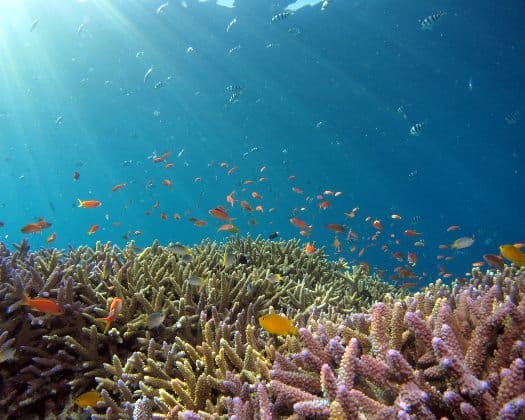 This week, U.S. Rep. Darren Soto, D-Fla., spoke about his “Restoring Resilient Reefs Act,” a proposal to update and reauthorize the “Coral Reef Conservation Act,” which expired 15 years ago, before a key subcommittee.

Rubio was the chief sponsor in the Senate while Soto introduced it in the House and the two men reintroduced the proposal at the start of this year. While the U.S. Senate passed the bill at the end of last year the measure did not gain much traction in the U.S. House and failed to cross the finish line.

“I saw the devastated condition of our coral reefs firsthand when touring the Florida Keys National Marine Sanctuary, and I promised a comprehensive response,” Rubio said at the start of the year.“This important bipartisan bill will ensure federal agencies are partnering effectively with state and local governments, as well as the communities who rely on the vitality of these critical habitats. I thank my Senate colleagues for passing my bill last Congress, and I am hopeful that both the House and Senate can quickly approve this legislation so it can become law.”

“Coral reefs play a critical role in protecting coastal communities from hurricanes and devastating flooding,” said Mast.  “Restoring and conserving these reefs will also promote healthier ecosystems, protect aquatic habitats and support our marine life. That’s what this bill is all about.”

Trying to get some momentum behind his bill, Soto spoke before the subcommittee to highlight his proposal.

“We have over 10 major coral reefs systems in the United States. America’s reefs are under threat like others across the world. It is fitting to review the challenges our reefs face in the Natural Resource Committee since some are in states, but so many more of America’s reefs are located in the territories,” Soto said.

“Our coral reefs are under attack by ocean acidification and warming seas caused by climate change as well as waste-water pollution. In turn, these challenges make America’s coral reefs more vulnerable to coral bleaching, stony coral tissue loss disease, among others,” Soto added.

Soto pointed to a U.S. Geological Survey which found “coral reefs along densely populated shorelines are especially vulnerable to the effects of ocean acidification amplified by local pollution” and “corals around the world are already stressed by ocean acidification—the gradual decline in seawater pH as the ocean absorbs increasing amounts of CO2 from the atmosphere.”

The Florida congressman insisted his proposal would be able to help on that front.