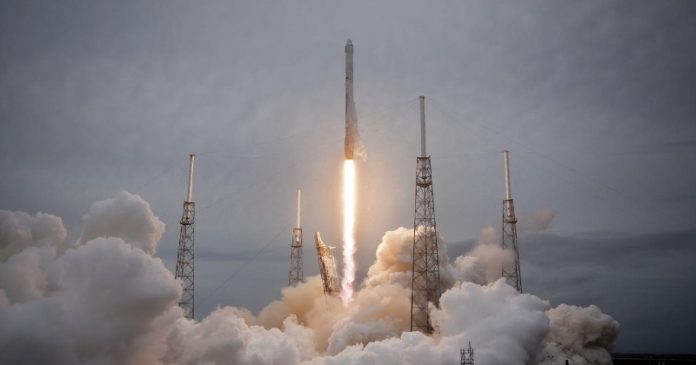 According to Soto’s office, the bill “will eliminate unnecessary barriers that hamper the ability of private companies to obtain spectrum licenses required to launch rockets from the United States including locally at Cape Canaveral.”

After introducing the bill at the start of last month, Soto highlighted it last week. U.S. Rep. Neal Dunn, D-Fla., is co-sponsoring the proposal.

“Space exploration has long been an integral part of our national goal to advance humanity, science, and innovation. However, the extent to which regulations and restrictions have been imposed on the rocket launching process only delays those who seek to make progress on this frontier. The LAUNCHES Act is critical in enabling future developments and maintaining global competitiveness in the space sector. Curiosity is a part of the American spirit, and it is past time we modernize the launch process in a way that’s beneficial to both the federal government and private companies,” Soto said on Friday.

Space Florida President and CEO Frank DiBello threw his support behind the bill at the end of last week.

“The United States—led by activity in Florida—will see a record number of commercial space launches this year, supporting everything from astronaut transportation, international payloads, to nationwide broadband expansion. As the industry takes off, we need to ensure our regulatory system is capable of supporting this rapid growth, and the LAUNCHES Act provides important guidance to modernize the launch spectrum licensing process,” said DiBello.

“Currently, all commercial missions launching from the U.S. to space utilize a government-owned spectrum to communicate with the rockets during the 10 minutes it takes to get to orbit. Ahead of a launch, private companies must apply to the Federal Communications Commission to receive special temporary authority to use this spectrum. In a tedious and inefficient process, the FCC coordinates each separate STA license with multiple federal agencies that could conceivably be using the spectrum at the same time. This process has become highly burdensome to both the government and commercial users applying for use of this spectrum,” Soto’s office noted.

Soto’s bill was sent to the U.S. House Energy and Commerce Committee. So far, there is no companion measure over in the U.S. Senate.