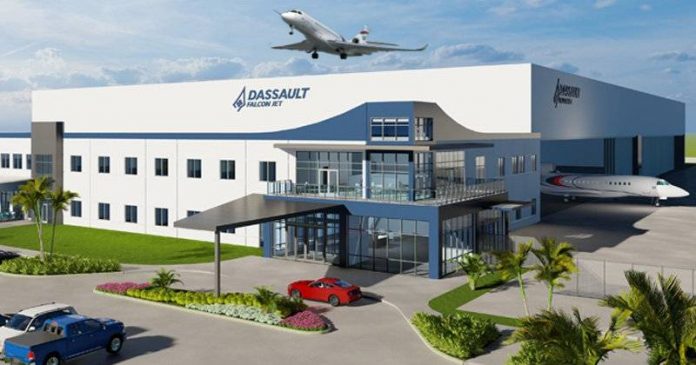 This new state-of-the-art factory will spur a capital investment of $115 million and the creation of 400 new jobs with an average annual wage of $86,120.

Intended to serve customers across North and South America and beyond, the 175,000 square-foot complex will accommodate all current Falcon models and will be capable of performing major maintenance and modifications on up to 18 Falcon models simultaneously. Construction in Melbourne is expected to begin in the second quarter of 2023 and opening is set for late 2024.

The EDC worked with local and state partners including Enterprise Florida, Space Florida, and CareerSource Brevard to secure this competitive project, which was deemed Project Vista. Today the company made the official announcement at the National Business Aviation Association Convention and Exhibition in Orlando.

“We have made it our priority to invest in our workforce to attract the world’s top companies to Florida. Today’s announcement from Dassault Falcon Jet Corp. shows how these investments are paying dividends,” said Gov. Ron DeSantis. “This new facility will bring high-paying jobs to Melbourne and lead to strong economic growth throughout Central Florida.”

“On behalf of the EDC, it’s an honor to welcome Dassault Falcon Jet to Florida’s Space Coast,” said Lynda Weatherman, the president and CEO of the EDC. “This announcement reinforces the strength of the Space Coast’s talented workforce and our growing reputation as a top high-tech aerospace and aviation hub in the United States.”

“We are thrilled to welcome Dassault Falcon Jet to our world-class family of tenants here at the Melbourne Orlando International Airport,” said MLB Executive Director Greg Donovan. “We believe this is the perfect home for Dassault Aviation. The fact that another titan of the aerospace industry has chosen to move operations to the Space Coast is a great credit to our community and the teams who worked tirelessly behind the scenes to bring this deal to fruition.”

“This new factory service center will considerably grow our presence in the U.S., positioning us to keep up with demand for state-of-the-art maintenance services as the Falcon fleet grows and as new models such as the Falcon 10X and the extra widebody Falcon 6X enter service,” said Dassault Aviation Chairman and CEO Eric Trappier.

“The City of Melbourne welcomes Dassault Aviation to our community, and we are pleased with their decision to invest over $100 million within Melbourne’s aerospace industry cluster at Melbourne Orlando International Airport,” said City of Melbourne Mayor Paul Alfrey. “The collaborative efforts of Governor Ron DeSantis, Enterprise Florida, Space Florida, Melbourne Orlando International Airport, and the Economic Development Commission of Florida’s Space Coast, ensures that Melbourne and Brevard County continue to be the perfect place to live, work and raise a family.”

Dassault Aviation designs and builds military aircraft, business jets and space systems, The company has created more than 100 prototypes in the last century, with over 10,000 aircraft delivered to 90 countries. 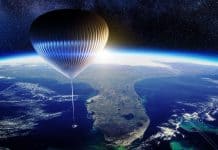 Space Perspective Will Base Worldwide Campus, Manufacturing Complex in Titusville