Tweeting out his support to a host of Republicans running for the U.S. House on Thursday, President Donald Trump threw his support behind Kat Cammack and state Rep. Byron Donalds, R-Naples, in Florida.

Trump insisted Cammack will be an “incredible congresswoman and leader for Florida and praised her as a “successful businesswoman” who “strongly supports our brave first responders and law enforcement, life and the Second Amendment!” The president added, “Kat has my complete and total endorsement.”

“Thank you, Mr. President! It is my honor to have your support in this crucial election. I look forward to joining your fight for an America First agenda on Capitol Hill. Together, we will rebuild the economy, bring jobs back to America, support law enforcement and first responders, and fight for our veterans here in Florida’s Third Congressional District. I am proud to stand with President Trump and his grit as he leads our country,” Cammack said.

Cammack is a heavy favorite to defeat businessman Adam Christensen, the Democratic nominee, in this heavily Republican North Florida district.

Trump also praised Donalds, insisting he “will be a phenomenal congressman for the people of Florida” who “strongly supports our brave law enforcement, school choice, military, vets and the Second Amendment!” Trump added that “Byron is a rising star” who, like Cammack,  “has my complete and total endorsement.”

Donalds thanked Trump for his support and insisted “together we will defeat socialism, take back the House, and ‘Keep America Great.’” 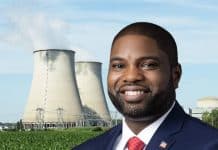 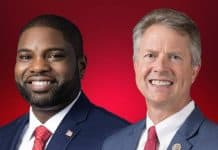