Following more than 10 years of service spearheading the Florida Ports Council, President and CEO Doug Wheeler announced at the end of last week his plans to step down from his leadership post at the end of this month.

Under Wheeler’s leadership, the Florida Ports Council has:

“Serving as President and CEO of the Florida Ports Council has been a career honor. I’m proud of the advancements we’ve made on behalf of Florida’s 15 deep-water seaports, which have contributed to creating jobs, growing the economy and positioning Florida as a global hub for international trade,” Wheeler said.

“This is a positive opportunity for me as well as the Council. Since the start of the pandemic, Florida’s maritime industry has suffered tremendously. The impacts have left thousands of cruise-related employees sidelined and cruise ships still unable to sail. By stepping down now, the Council will have an opportunity to level set, and reimagine the role our seaports will play in the economic future of Florida’s cruise industry,” he added.“I thank the Florida Ports Council for the opportunity to serve over the last 10-plus years, and I look forward to what the future brings.” 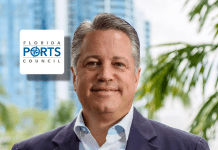 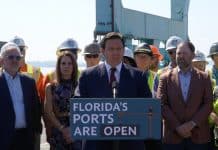