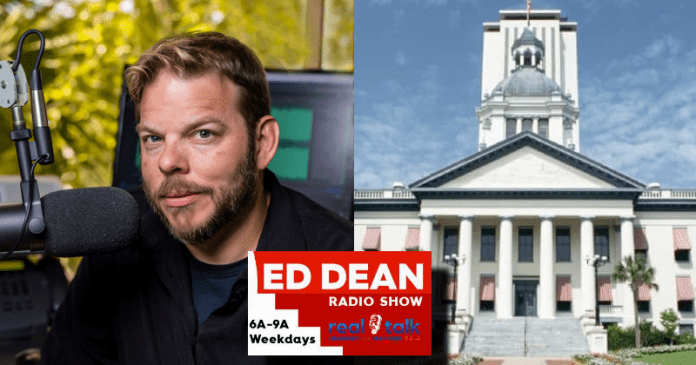 The top political radio talk show focused on Florida politics is expanding into Tallahassee this week.

The Ed Dean radio show, which is syndicated across the Sunshine State, will now be heard daily in the Tallahassee area from 5 pm through 6 pm on Real Talk 93.3 FM starting Monday.

Ed Dean is a leading radio and news media personality including hosting the #1 statewide radio talk show in Florida. He is also the publisher of Florida Daily.

From flagship radio station WBOB in Jacksonville, where his show runs from 6 am-9 am on weekdays, Ed’s show is heard throughout Florida on other stations. In addition to his radio show, Ed has served as a senior editor for Sunshine State News, as a senior media analyst for the Taxpayers Protection Alliance and as a media advisory board member for the American Media Institute. Ed has appeared on the national TV airwaves as a financial and political commentator and appearing on Fox Business News and CNN Headline News. He has also been a news contributor for Fox News 35 in Orlando, Florida. In the 1990s and 2000s, Ed was a political and economics reporter for newspapers and talk radio stations across Florida.

In the mid-1990s and 2000s, Ed became business partners with his uncle John Bunkley, a former consultant for Ronald Reagan, running the political polling and media firm BTV. Ed has also been a media consultant to politicians, political campaigns and several business groups.