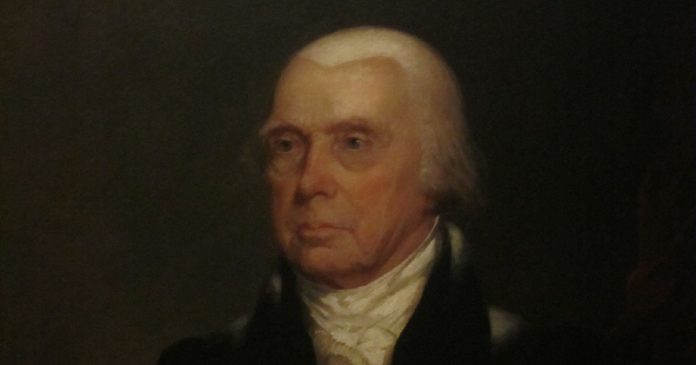 Elon Musk’s first tweet after his $44 billion offer to purchase Twitter seemed uncontroversial enough: “Free speech is the bedrock of a functioning democracy.”

As the potential owner of the social media giant and self-proclaimed “free speech absolutist,” Musk promises to make Twitter the “digital town square where matters vital to the future of humanity are debated.”

But why are so many Americans divided on Musk’s pledge to provide an online space for free speech? After all, the First Amendment declares that “Congress shall make no law . . . abridging the freedom of speech, or of the press.”

In times of war and in times of peace, from newspapers to college campuses, the battle over free speech has raged for centuries. In America, of course, free speech has been a controversial topic in politics and society ever since the nation’s founding.

What did the Founder who first proposed what became the First Amendment think about freedom of speech? Enter the “Father of the Constitution”: James Madison.

Madison presented his original proposal for the First Amendment on June 8, 1789. “The people shall not be deprived or abridged,” Madison wrote, “of their right to speak, to write, or to publish their sentiments; and the freedom of the press, as one of the great bulwarks of liberty, shall be inviolable.”

Although refined by the time of its inclusion in the Bill of Rights, the spirit of Madison’s words remained intact: freedom of speech was a prerequisite for self-government.

Writing later in 1791, Madison asserted, “Public opinion sets bounds to every government, and is the real sovereign in every free one.” In other words, governments that place boundaries on free speech create societies in which the people can never truly rule.

One of the first big tests came when the Adams administration introduced the Alien and Sedition Acts in 1798. Anticipating a war against France, Adams and the Federalists “feared that ‘aliens,’ or non-citizens, living in the United States would sympathize with the French during a war.” The collection of laws imposed strict limits on speech that was critical of the American government and authorized the president to deport or imprison “aliens.”

Madison and Thomas Jefferson asserted that such actions undermined a free republic. Both men went so far as to argue that states could interpose themselves between the people and the federal government or even nullify unconstitutional acts signed into law.

Simply put, Madison believed the First Amendment gave Americans free speech as well as making them the voice of self-government.

What might Madison think about Elon Musk, Twitter, and free speech “absolutism”? And why does it matter in the modern world?

According to Madison expert and Jack Miller Center fellow Colleen Sheehan, Madison argued that free speech encourages a “commerce of ideas” that allows a society to refine its arguments and “make a ‘common cause’ together, despite the many ways we are different and diverse.”

We cannot speak for Madison. But efforts that remind us of the important role free speech – and our Constitution more broadly – plays in our individual lives help preserve our free society, a central goal of all the founders in establishing a self-ruling form of government.

At the Jack Miller Center, we believe that understanding our nation’s history and founding principles are the best way to make progress on these important questions. Freedom of speech is no exception. Students and teachers alike will benefit from our programming in civics education that promotes these principles in a faithful and responsible way.

Elliott Drago is the Online Education Officer at the Jack Miller Center. This piece originally ran at RealClearPublicAffairs.

Most Americans Believe the First Amendment Should Be Rewritten, Poll Shows