Strange things can happen in Florida congressional primaries during redistricting years. Just ask longtime U.S. Rep. Cliff Stearns, R-Fla., who got knocked off by large animal veterinarian Ted Yoho in the Republican primary back in 2012 in one of the biggest upsets in Florida political history.

All of the incumbents in the Florida congressional delegation won in Tuesday’s primary–but a longtime Republican official had a close call.

U.S. Rep. Dan Webster, R-Fla., the first Republican to lead the state House since Reconstruction and who made national headlines when he challenged the GOP leadership in a failed bid to become speaker of the U.S. House, won renomination on Tuesday in a close contest against conservative activist Laura Loomer. With than 95 percent of the vote counted, Webster had 50.7 percent of the vote with Loomer at 44.5 percent.

Still, the power of incumbency worked for all members of the delegation. Earlier in the year, U.S. Rep. Sheila Cherfilus-McCormick, D-Fla., won a special election to replace the late U.S. Rep. Alcee Hastings, D-Fla., in Congress by a very narrow margin. She had no problem on Tuesday despite former Broward County Commissioner Dale Holness seeking a rematch. This time out, with almost all votes counted, Cherfilus-McCormick won with 65 percent of the vote while Holness finished a distant second with 29 percent of the vote. In the primary in the special election, she beat Holness by only five votes.

Other incumbents also won with decisive margins. In North Florida, U.S. Reps. Matt Gaetz, R-Fla., Kat Cammack, R-Fla., John Rutherford, R-Fla., and Mike Waltz, R-Fla., all easily kept their seats with each of them taking more than 65 percent in the Republican primaries. In Central Florida, incumbents like U.S. Reps. Bill Posey, R-Fla., and Darren Soto, D-Fla., did not face opposition on Tuesday. Neither did U.S. Reps. Neal Dunn, R-Fla., and Al Lawson, D-Fla., as they get ready for a rare matchup pitting two incumbents against each other.

Other members of the Florida delegation also cruised to victory. U.S. Rep. Kathy Castor, D-Fla., took more than 90 percent of the Democratic primary vote as she readies to defend her seat in November. Staying on the Gulf coast, U.S. Reps. Gus Bilirakis, R-Fla., and Vern Buchanan, R-Fla., beat back Republican primary challenges as they both took at least 80 percent of the vote. U.S. Rep. Scott Franklin, R-Fla., took almost 75 percent of the vote as he won the Republican primary along the western part of I-4.

Incumbents also stayed on top in Southwest Florida. U.S. Rep. Greg Steube, R-Fla., faced no opposition as he prepares to run for another term. U.S. Rep. Byron Donalds, R-Fla., won with more than 85 percent of the vote.

Despite the new district lines, every incumbent besides Webster won big on Tuesday and most of them head into the general election as heavy favorites. 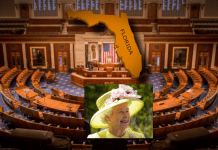 Florida Delegation Reacts to the Death of Queen Elizabeth II

House Passes the NDAA With Strong Support From the Florida Delegation