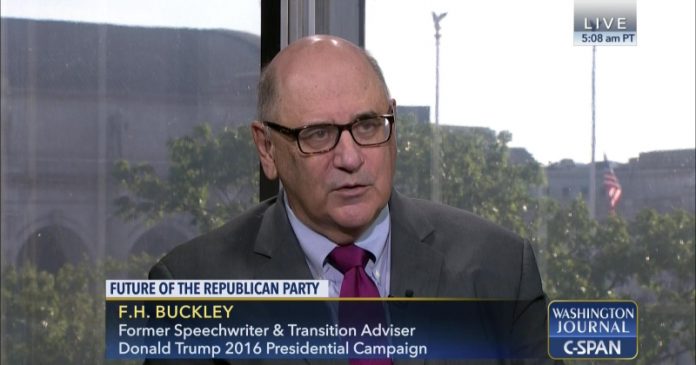 As we age, we slip softly from one country to another, and what began in innocence led down a path littered with betrayals and smelly compromises. Charles Péguy understood how it happens. After defending Alfred Dreyfus, he found himself allied to unscrupulous and opportunistic politicians. “Everything begins in mystique and ends in politics,” he wrote. But the dreams of our youth never quite die, and without quite knowing it we continue to yearn for something we had lost along the way. And that is purity.

For Americans, purity is a dream of republican virtue, a shining city on a hill, free from baseness and corruption and peopled by secret romantics who are hard on the outside and soft on the inside. Our heroes aren’t kings or princes, but common folk, the knights-errant of the dusty trail and mean streets in search of their private grail. When surrounded by cynics they keep their integrity, like John Wayne in “Stagecoach” and Humphrey Bogart in “Casablanca.”

Like them, our country was touched by grace. We knew there was something special about America, that this was the country of the Declaration of Independence, of equality and liberty, where lingering injustices are in time corrected. We were the country of the American Dream, the idea that, whoever you were, wherever you came from, you can flourish and know that your children will have it better than you did. In any struggle, we’d always be on the right and the winning side.

More recently, however, the Left has made love of country seem indecent and republican virtue a fraud. Every patriotic instinct was scorned, and every sacred institution mocked. Our pathways crumbled beneath our feet, and we peered dizzily down unfathomable depths—the ivresse des grandes profondeurs. Everything, everything you loved is dirty, said the Left. On the Right, the madness was mimicked by reactionaries who blame the country’s ills on the Founders’ liberalism. In a national apostacy, extremists on both Left and Right abandoned our liberal heritage.

We have come to a dead end, and we’ll not see a way back except through a recovery of the mystique of American purity in the republican virtue of the Founders and the GOP’s great leaders: Abraham Lincoln, Theodore Roosevelt and Dwight Eisenhower, and the content they gave to our idea of the common good. That is the Party’s task, and as progressive conservatives the Republicans will restore the American Dream.

Right-wingers detest the progressive label, without knowing a great deal about it. They trace the modern regulatory state all the way back to Theodore Roosevelt’s embrace of administrative agencies and think that that’s when it all went to Hell. But then a lot of things needed regulating 120 years ago. No one would want to go back to the unregulated meatpacking industry portrayed in Upton Sinclair’s “The Jungle.”

Right-wingers are Manicheans who see things in terms of black or white, but the attempt to read everything malign into progressivism distorts it, “as if through a fun-house mirror” in the words of Ken Kersch. In truth, there was no one progressive movement, but a variety of them. Some were recognizably left-of-center, like that of Herbert Croly (1869-1930) with his mistrust of “extreme individualism” and faith in centralized government and scientific planning by a body of experts. Others, especially the western agrarians, were conservative and individualistic, and more Jeffersonian than the Hamiltonian Croly. What they wanted, and what every conservative wants today, was a mobile society where everyone who puts in the effort can get ahead.

The conservative strain in progressivism arose in the West, the land of free soil and free labor where the Republican Party was born and found its champion in the first great progressive historian, Frederick Jackson Turner (1861-1932). What made Turner both a conservative and a progressive was his celebration of democracy and freedom, which he said were the gifts of the frontier. Our history was forged not in Jamestown or Boston, but in Stephen Vincent Benét’s Tucson and Deadwood and Lost Mule Flat, and the way in which America had constantly reinvented itself in its restless movement westward, even as the dude became Mark Hanna’s “damn cowboy” when Theodore Roosevelt bought a ranch in the North Dakota badlands.

Eastern states were corrupt, undemocratic and immobile, said Turner, while western states were the repository of republican virtue, democratic and mobile. They had to be, to attract the settlers they needed, and so they competed for people by offering them fresh starts, free land and egalitarianism. They gave women the franchise, enacted initiative and referendum laws and supported the popular election of senators under the Seventeenth Amendment. They liked competition and didn’t think there was enough of it back east. All this came to define the American Dream, the idea that there were boundless possibilities of self-improvement in this country. In time, the eastern states that were losing people to the west began to compete for people by liberalizing themselves. It all came from the west.

While the Goldwater movement sought to supplant progressive conservatism, it never succeeded in doing so; and with Trump’s nomination and election that era came to an end and progressive conservatism became the new face of the GOP. This was only the most recent of four progressive conservative moments in the party, when it was led by Abraham Lincoln, Theodore Roosevelt, Dwight Eisenhower and Trump, with each man adding his own imprint to it. For Lincoln, it meant the American Dream, a society where artificial barriers were removed and everyone was permitted to rise. For Theodore Roosevelt, it meant a return to republican virtue and an end to corruption. For Eisenhower, it meant a safety net for those who through no fault of their own were unable to rise, and a liberal nationalism that was on the right side of the Civil Rights revolution. For Trump, it was all of that, as well as a determination to take on a corrupt establishment that had made America immobile. At each turning, progressive conservatism renewed itself in defense of the common good.

I’ve described a leader who resembles Eisenhower more than Trump. Ike spoke to the needs of the day, over issues such as civil rights and national welfare, and didn’t have to raise his voice or sound like a populist to do so. A leader like that, or like Virginia’s Glenn Youngkin, would bring back the suburban Republicans who left it over Trump’s personality and the scandal of January 6, 2021.

But wait, says the right-wing intellectual. You want to promote the common good. Fine, but where’s your theory? Ah, you noticed that did you, answers the progressive conservative. You’re right. I don’t have a theory. I think they’re baloney. They offer a false security, and not the kind of answers needed for the multitude of problems life throws at you. “It is illogical to guillotine a prince and replace him with a principle,” said Ortega. “The latter, no less than the former, places life under an absolute autocracy.” Besides, political theories deepen our divisions and weaken our sense of fraternity with each other. “An intellectual hatred is the worse,” said Yeats, and we’ve proven him right.

In place of a theory, then, I propose the republican virtue of the founders, the desire to see everyone flourish, the willingness to tackle corruption and love of country. And so, supple and not circumscribed, progressive conservatism will seek the common good, and like the key that nicely fits the slot, the bolt that slides itself into place, its rightness will be recognized by all who desire a better country. It is the secret driver of American politics and when adopted will make Republicans America’s natural governing party.