One of the hottest topics on social media and on talk radio concerns whether or not the government should be involved in regulating Facebook, including when it comes to an individual’s personal privacy and censoring users’ posts.

According to a recent Pew Research survey, Facebook users may be making those decisions on their own without the need for government intervention.

Pew surveyed 4,500 American adults and the numbers show that people are regulating Facebook themselves with more than a quarter of those surveyed–26 percent–having deleted the  Facebook app from their phones. More than half of those surveyed–54 percent–have changed or adjusted their privacy settings while 42 percent say they took a break from checking their Facebook for several weeks or more.

The younger Facebook users are often ones are “self-regulating” themselves with 44 percent of younger users–those between the ages of 18 to 29–say having deleted the Facebook app from their phone in the past year. That is almost four times the percentage of users ages 65 and older.

Strangely, Pew found little way of a partisan divide on the matter as Republicans, Democrats and independents, for the most part, share the same amount on Facebook.

Over the last several months, some Republicans have stated that Facebook has been showing a bias by censoring “conservative” posts and not allowing certain conservative news blogs on their trending news area. Despite this criticism, the survey showed that Republicans were no different than Democrats when it came to takinga break from Facebook or deleting the app from their phone in the past year.

Bloomberg News reported this week that, while Pew Research shows some Americans scaling back on their Facebook usage, the overall number of Facebook monthly users in North America increased from 236 million in 2017 to 241 million currently. 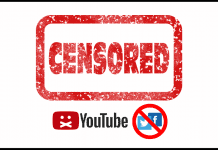