“Offering a discount for phone or internet, Lifeline helps low-income consumers stay connected to family, work, and community and emergency services,” the PSC noted. “Four-month temporary waivers for Lifeline non-usage and recertification rules will run from October 10, 2018 to February 10, 2019. The PSC said that the non-usage rule waiver is justified because subscribers’ Lifeline-supported service may have been inoperable during the storm or may be inoperable due to extended power and cell site outages.

PSC Chairman Art Graham offered his take on the FCC’s decision on Tuesday.

“We don’t want to risk consumers being de-enrolled in the program because they need to replace mobile devices lost or destroyed during the hurricane, or to re-establish communications service,”  said PGraham.  “The FCC’s rule waiver will also allow companies providing Lifeline in those counties additional time to complete the recertification process.” 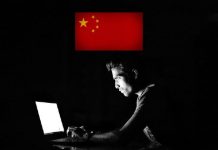