With the end of the year here, the Florida Department of Law Enforcement (FDLE) showcased some of its members’ most significant 2021 accomplishments.

FDLE Commissioner Rick Swearingen said, “Across our many program areas and amid a host of difficult circumstances, FDLE’s members have risen to the challenge once again in 2021. I am incredibly proud of the important and innovative accomplishments our members have achieved this year, continuing to grow FDLE as one of our nation’s premier law enforcement agencies. I am also tremendously grateful to Governor DeSantis and the Florida Cabinet for their continued leadership and support in fulfilling our crucial public safety and domestic security missions.”

FDLE began implementing the statewide targeted violence prevention strategy on November 1, 2021. It is the first of its kind in the nation. The strategy uses a behavioral threat assessment and management program (BTAM), focusing on individuals whose behavior indicates they are on a pathway to committing a violent act. Training is available to multidisciplinary teams who are selected by local agencies to assist with BTAM investigations. To date, 200 people have been trained, and more classes are scheduled for next year.

FDLE’s CJIS has been working to implement three large-scale data projects. The information will provide dynamic and detailed data, helping law enforcement agencies target their resources more effectively, lawmakers to guide policy and researchers and the public working to understand crime trends. In 2021, CJIS members have been working with hundreds of law enforcement agencies statewide to assist them with technical expertise, data integration support and training. This fall, CJIS held workshops statewide to assist local partners.

In January, the FBI discontinued the collection of summary-based crime data. In order for Florida crime statistics to be included with the national collection, FDLE’s UCR program had to transition to incident-based reporting (FIBRS). FIBRS provides broader, richer and more detail-oriented data for criminal offenses. In the fall, FDLE began the National Incident-Based Reporting System (NIBRS) certification process. State programs must receive this certification before data can be accepted by the FBI. FDLE’s system provides a consolidated conduit, allowing local agencies to submit crime data, use of force information, hate crimes, cargo theft, Law Enforcement Officers Killed or Assaulted (LEOKA), domestic violence and human trafficking. Incident-based reporting should be published late next year.

FDLE implemented the uniform arrest affidavit which standardizes Florida’s arrest data and includes information in a single report that local agencies will use for multiple reporting projects. The uniform arrest affidavit includes identification of the arrestee, details of the arrest (including the charge), details of items seized and jail release information.

FDLE created a statewide centralized, comprehensive criminal justice data repository that tracks the process from arrest through the judicial system to post-conviction. Dozens of agencies are publishing data on the CJDT website, which is updated monthly. Many more are preparing for publication by testing their submissions to FDLE.

Because of the nationwide rise in ambushes on officers sitting in their vehicles, FDLE’s Sworn Training Unit developed officer ambush training in 2020 and this year began offering the training, at no cost, to law enforcement officers statewide. More than 150 officers have taken the course this year.

Every year, a small percentage of officers misuse criminal justice databases, so, in 2021, the Florida Legislature mandated Florida law enforcement officers receive training regarding the databases, such as DAVID and FCIC, to ensure they clearly understand the proper and improper use of the databases. FDLE developed the instruction and incorporated it into the Basic Recruit Training Program. Staff also developed a one-hour course, Misuse of Electronic Databases, for current officers. This course meets the statutory requirements and was approved by the Criminal Justice Standards and Training Commission on November 4, 2021.

Through a mutual aid agreement with the State of Texas and at the direction of Florida Governor DeSantis, the FDLE, Florida Highway Patrol and the Florida Fish and Wildlife Conservation Commission deployed agents, officers and support personnel to supplement the Texas Department of Public Safety (DPS) in Operation Lone Star. Operation Lone Star was created to provide law enforcement assistance as a force multiplier to combat the smuggling of people and drugs into Texas from the US/Mexico border. The operation, which lasted from June 26 through August 14, resulted in more than 300 arrests for human trafficking, narcotics and stolen vehicles.

FDLE agents and analysts initiated two large-scale drug trafficking investigations to arrest DTO ringleaders, shutting down the organizations and stopping their distribution of drugs throughout Florida and beyond.

In April, FDLE Tallahassee, along with Leon County Sheriff’s Office, Tallahassee Police Department and Florida Highway Patrol, arrested 27 suspects following a year-and-a-half long investigation. Investigators say the drug-trafficking organization was responsible for spreading large amounts of illegal drugs throughout Florida, but predominantly in Leon and Gadsden counties. During the investigation, agents seized nearly 30 pounds of cocaine, black tar and brown heroin, a half-pound of methamphetamine, over two ounces of fentanyl and more than $300,000.

In June, a multi-agency law enforcement operation targeting drug traffickers in Brevard County culminated in 64 arrests and the seizure of large amounts of methamphetamine, cocaine, cannabis and illegal prescription drugs. FDLE, the police departments of Melbourne, Cocoa, Rockledge, Cocoa Beach and Indian Harbour Beach, the Drug Enforcement Administration (DEA) and the Federal Bureau of Investigation (FBI) partnered in the investigation. During the operation, 24 search warrants were served and more than $130,000 cash was seized along with pounds of dangerous drugs meant to be sold in the Brevard County community and beyond.

Operation Thou Shalt Not Steal

This past summer, agents in Fort Myers arrested six suspects who traveled throughout Florida and across the country stealing donations from hundreds of churches and parochial schools. Investigators determined the suspects traveled to churches and stole donation checks from church mailboxes. The suspects operated out of Orlando but traveled throughout Florida and the United States, sometimes to as many as 85 churches a day. Many churches were victimized multiple times. 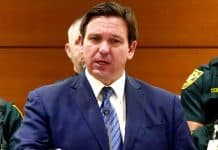 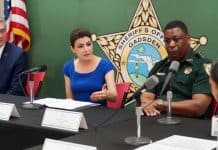 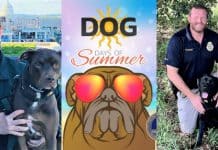