Porter introduced the bill on Monday with Bilirakis and U.S. Rep. Donald Norcross, D-NJ, as the cosponsors.

The bill, according to the Florida congressman’s office, would “require health plans and insurers to conduct in-depth analyses to ensure that plans are compliant and would direct the Secretaries of both the Department of Health and Human Services and Labor to request these analyses if there are patient complaints that the plans are not compliant” and have around 50 plans and insurers randomly selected for an investigation with the findings reported to Congress.

Bilirakis weighed in on the proposal on Monday.

“As part of removing the stigma for treating mental illness, we must ensure that mental health needs are recognized as legitimate healthcare issues.  One way to do that is to ensure parity between coverage for healthcare and mental healthcare services—which happens to be the law. For far too long, I have heard patient accounts of some bad insurance actors who are blatantly ignoring the Mental Health Parity law and providing inadequate mental health coverage. I am proud to work with my colleagues on this bipartisan effort to enforce the existing law,” said Bilirakis.

“As long as mental health services are not treated as equal to other types of medical care, people struggling with mental illness in the 45th District and across the country will face unnecessary barriers to accessing potentially life-saving care,” Porter said. “I’m proud to work with my colleagues on both sides of the aisle to ensure compliance with current law requiring equal treatment of mental and medical care—it is past time to end this disparity once and for all.”

“Every single year we’re losing more Americans to the opioid epidemic than we did in all of the Vietnam War and, unfortunately, suicide is also on the rise in nearly every state in our nation,” said Norcross. “While mental health parity is rightfully the law of the land, our enforcement mechanisms are severely lacking and companies aren’t fully complying with the law. Along with my Parity Enforcement Act, the Mental Health Parity Compliance Act will help our friends and neighbors struggling with mental health and substance-abuse disorders by making sure the promise of parity is a reality. Our healthcare system should be working for all Americans – no matter if their condition is physical or mental.”

Porter’s bill was sent to the U.S. House Energy and Commerce, the Ways and Means and the Education and Labor Committees on Monday. 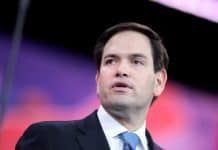