U.S. Rep. Alcee Hastings, D-Fla., led a letter last week to U.S. Sec. of State Mike Pompeo, urging him to use diplomatic pressure to raise the issue of the troubling trade and consumption of dog and cat meat and the need to condemn this harsh trade throughout the world, and specifically, in China, South Korea, Vietnam, and other Asian countries. This letter was sent ahead of this year’s Dog Meat Festival in Yulin, Guangxi Zhuang Autonomous Region, China, which began last Friday.

As you meet with foreign governments to promote U.S. foreign policy interests, we urge you to raise the issue of the trade and consumption of dog and cat meat and the need to condemn this harsh trade throughout the world, and specifically, in China, South Korea, Vietnam, and other Asian countries. More than 30 million dogs and 10 million cats are slaughtered every year worldwide, according Humane Society International. The slaughter of dogs does not prevent hunger or improve human welfare, nor is there any economic justification to continue this horrific and barbaric practice.

In the 115th Congress, the U.S. House of Representatives took the lead on passing H.Res.401, a bipartisan resolution affirming the commitment of the United States to the protection of animals around the world and urging all nations to condemn the slaughter, consumption, and trade of dog and cat meat. Additionally, a bipartisan domestic prohibition on the dog and cat meat trade was included in the Farm Bill and signed into law by the president in December 2018. The federal ban not only established a bright line rule so that our animal cruelty laws now reflect our society’s values, but also gave the United States greater standing to urge other countries to end their dog and cat meat trade. In passing these important measures, the American people and our government have put all who engage in this heinous practice on notice that, no matter where you live, animal cruelty and the dog and cat meat trade are simply unacceptable.

Furthermore, this year’s Dog Meat Festival in Yulin, Guangxi Zhuang Autonomous Region, China is scheduled to begin on June 21, 2019, underscoring the urgent need to raise this issue with the Chinese government specifically. As you may know, the Yulin Dog Meat Festival dates back to 2009-2010, when it was launched by dog meat traders as a commercial enterprise to boost flagging sales of dog meat. Now, there are millions of Chinese citizens who advocate to end this horrific festival, which results in the torture and slaughter of thousands of dogs and cats. In order to save thousands of innocent animals, we implore you to do all that you can to see to it that this year’s festival is cancelled and that future Dog Meat Festivals are banned.

In 2017, the Taiwanese government became the first Asian country to ban the sale, purchase and consumption of dog meat with their new Animal Protection Act. In April 2018, a Bucheon City, South Korea court ruled that meat consumption was not a legal reason to kill dogs. Furthermore, a lawmaker for the ruling Democratic Party in South Korea introduced a bill in parliament that would effectively ban the killing of dogs for their meat. This is the first time that the slaughter of dogs for human consumption was made illegal in South Korea. However, these initial steps forward are finding strong opposition from the South Korean association of dog farms representing over 17,000 farms.

While we applaud the efforts of the Taiwanese government and South Korean court, we urge you to use the momentum from recently passed legislation in the United States and movements across the globe to urge all countries including China, South Korea, Vietnam, to end this horrific trade once and for all.

We must send a strong signal to all nations that we will not stand by while the brutal and inhumane treatment of dogs and cats continues. We believe that through diligent diplomatic pressure, it can be stopped.

For these reasons, we request your immediate attention to this critically important issue. Thank you for your time and consideration of our concerns, and we respectfully look forward to your reply. 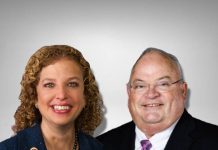