On Monday, U.S. Reps. Gus Bilirakis, R-Fla., and Carolyn Maloney, D-NY, who lead the Congressional Caucus on Hellenic Issues, rounded up getting more than 20 members of Congress to write U.S. Secretary of State Mike Pompeo urging the State Department to hold Turkey accountable for its reopening of the beach in Varosha and to condemn President Erdogan’s recent rhetoric in support of a two-state solution for Cyprus.

We write to express our grave concerns over President Erdogan’s attempts to permanently partition the island of Cyprus, including Turkey’s illegal reopening of the beach in Varosha. We urge you and the Administration to publicly and unequivocally condemn Turkey’s actions and hold President Erdogan accountable for blatantly violating international law and threatening the sovereignty of the Republic of Cyprus.

On October 26, 2020, while at a press conference with newly elected Turkish Cypriot leader Ersin Tatar in Ankara, President Erdogan stated in reference to the reunification of Cyprus, “[A]t this stage, we believe starting talks on the basis of a federation will be a loss of time. Therefore, we believe a two-state solution must now be brought to the table with a realistic proposal.” President Erdogan’s provocative statement is unacceptable and contravenes the will of both Greek Cypriot and Turkish Cypriot communities. Both communities agreed in the 1977 and 1979 High Level Agreements to the concept of a bizonal, bicommunal federation set forth in multiple U.N. Security Council resolutions.

President Erdogan’s comments also contradict the position of the United States and the European Union. In 2012, the European Parliament issued a Written Declaration which called on Turkey to act according to U.N. Security Council resolutions and prior European Parliament Legislative Committee reports on the subject. The Trump Administration has taken steps to strengthen U.S.-Cyprus relations, as evidenced by your September 12, 2020 trip to Cyprus. During the visit, you stated that the United States is “deeply concerned” about Turkey’s actions, and the State Department affirmed “United States support for a comprehensive settlement to reunify the island as a bizonal, bicommunal federation, which would benefit all Cypriots as well as the wider region.”

President Erdogan’s attempts to permanently partition the island shortly after your visit is not only damaging to the prospects of finding a permanent and just solution to the reunification of Cyprus, but an insult to the State Department and your Administration, as the United States government has called for the resumption in negotiations to address the issue. However, Turkey’s contempt to show any genuine commitment to diplomacy, upholding international law, or respecting U.S.-Turkey relations should not be surprising. In 2018, President Erdogan directly threatened the lives of American troops fighting alongside our Kurdish allies in Syria when he said that he would give an “Ottoman slap” – referencing a potentially fatal martial arts technique – to the United States and explicitly singling out our military personnel as targets in his statement.

President Erdogan’s position on a two-state solution in Cyprus is not empty rhetoric that can or should be ignored. President Erdogan has already taken steps towards ensuring the permanent partition of the island through his actions in Varosha. On October 8, 2020 Turkey reopened the beach in Varosha, the fenced-in area that Turkey has occupied since 1974 after its illegal invasion of Cyprus. Turkey is in direct violation of U.N. Security Council resolutions 550 (1984) and 789 (1992) – both of which the United States and Turkey signed – that transfers the area of Varosha to the U.N. It is also in direct violation of the 1979 High Level Agreement that stated that priority should be given to the resettlement of Famagusta – the city where Varosha is located – under the authority of the U.N. Most importantly, this attempt to change Varosha’s status is significant because it makes any future resumption of serious reunification talks a near impossibility and helps President Erdogan achieve his ultimate goal – the permanent partition of the island.

Such engagement by the United States not only promotes moral justice and upholds international law, but is in our best interests. Turkey’s illegal and unfettered actions, especially in recent years, are indicative of President Erdogan’s transformation of Turkey, from a rule-abiding, reliable ally of the West to a rogue state led by a leader with a nationalistic philosophy, Neo-Ottoman ambitions, and a complete disregard for following international law. President Erdogan is a particularly dangerous leader insofar that he is motivated by a religio-nationalism ideology, which is more clearly represented by his embrace of the “Blue Homeland” doctrine. The doctrine holds that Turkey will assert its own version – lawful or not – of its sovereign rights in the sea and land of the area using any means at its disposal.

The aim of this doctrine is to establish Turkey, with President Erdogan at its head, as the primary hegemon in the Eastern Mediterranean, North Africa, and the Balkans. This is inherently dangerous for United States interests and directly threatens the sovereignty of our two critical allies – Cyprus and Greece – in the geopolitical and strategically important Eastern Mediterranean. If the United States does not hold Turkey accountable for its actions in Varosha, its illegal campaign of aggression in the region against Cyprus, Greece, and our NATO allies, as well as its actions in other conflicts – such as its continued support for Azerbaijan’s assault on Artsakh and Armenians in Nagorno-Karabakh – Turkey’s malign influence will continue grow and not only pose a threat to Cyprus, but the entirety of Europe as well as the United States and our national security.

As Secretary of State, we urge you to:

We appreciate your attention to this important matter and look forward to your response. 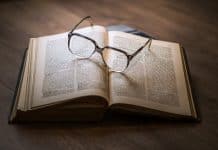