Last week, U.S. Rep. Charlie Crist, D-Fla., brought back his proposal to “protect the personal information of servicemembers and foreign service officers while traveling back from overseas assignments.”

“Any loophole that places the privacy and security of American servicemembers and foreign service officers at risk needs to be closed immediately,” said Crist. “That’s why I re-introduced the Moving Americans Privacy Protection Act to keep the identities and bank accounts of returning servicemembers and foreign service officers safe. Our brave men and women sacrifice to protect our country. It is our duty to protect them and their families here at home.”

“Unfortunately, those most affected by the public disclosure of shipping data at our ports are our service members and their families as they move overseas,” said Waltz. “Automatically disclosing their personal information publicly poses a real security threat to them and our country, especially as that information is sold to data brokers and bad actors. To protect Americans from the increased risk of identity theft and credit card fraud, I am proud to co-lead this important legislation to scrub shipping manifests of personal information, including social security, passport, and account numbers, of those moving to and from the United States.”

Crist’s office offered some of the reasons behind the proposal.

“When cargo and passengers arrive to the United States, Customs and Border Protection (CBP) is responsible for cataloging and making public all manifests of incoming vessels. Currently, these manifests sometimes include PII (Personal Identifiable Information) of returning servicemembers and federal service officers, such as Social Security numbers, passport numbers, driver’s license information, and home addresses. This can lead to identity theft and credit card fraud. The Moving Americans Privacy Protection Act (LINK), would require the removal of any PII found before the manifest is disclosed to the public,” Crist’s office noted.

Crist has been working on the bill since 2019. The bill was sent to the U.S. House Ways and Means Committee. Over in the U.S. Senate, U.S. Sen. Steve Daines, R-Mont.. has championed the bill in recent years. 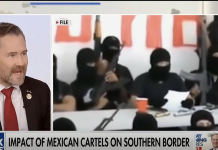 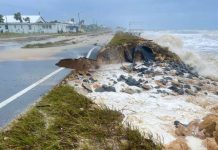