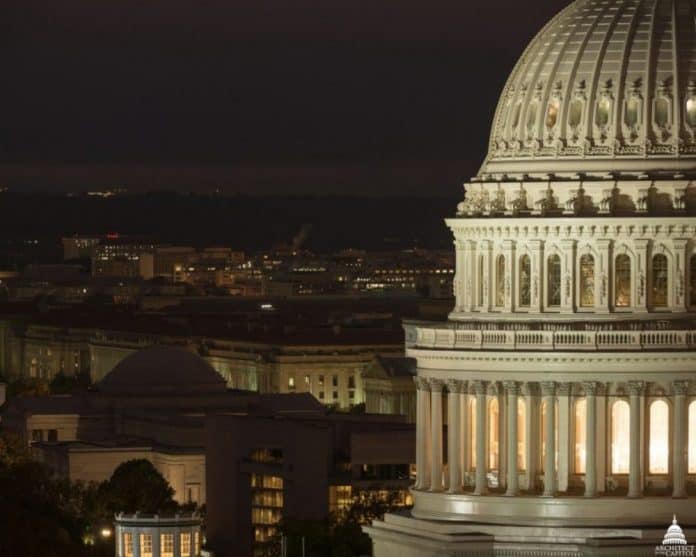 A proposal backed by members of the Florida delegation to build closer ties with Israel, Greece and Cyprus was included in last week’s appropriations bills.

Back in May, U.S. Rep. Ted Deutch, D-Fla., the chairman of the U.S. House Middle East and North Africa Subcommittee, teamed up with U.S. Rep. Gus Bilirakis, R-Fla., and U.S. Rep. David Cicilline, D-RI, to bring out the “Eastern Mediterranean Security and Energy Partnership Act.”

The bill would end the ban on arms sales to Cyprus and create the United States-Eastern Mediterranean Energy Center to “facilitate energy cooperation” between the countries; send $3 million in Foreign Military Financing (FMF) for Greece; send $2 million to Greece and another $2 million for Cyprus in International Military Education and Training (IMET) assistance; and “impede the transfer of F-35 aircraft to Turkey, as long as Turkey continues with plans to purchase the S-400 air defense system from the Russian Federation, a purchase that would be sanctionable under U.S. law; and require the administration to submit to Congress a strategy on enhanced security and energy cooperation with countries in the Eastern Mediterranean, as well as reports on malign activities by Russia and other countries in the region.”

“As a cochair of the Congressional Hellenic-Israel Alliance, I’ve been proud to promote in Congress the growing partnership between these eastern Mediterranean countries,” said Deutch when he brought out the proposal back in May. “The trilateral relationship between Greece, Cyprus, and Israel has been expanding in recent years to cover new energy pursuits, economic opportunities, and security cooperation. With this legislation, the United States will deepen our support for this regional partnership which furthers our own geopolitical interests.”

“The Greece-Cyprus-Israel partnership offers a new example of cooperation in an increasingly turbulent eastern Mediterranean region. The Eastern Mediterranean Security and Energy Partnership Act will enable the U.S. to support this developing trilateral relationship through energy and defense cooperation and further its potential. By strengthening this partnership, we can promote stability within the region and maximize the mutually beneficial benefits for all parties,” said Bilirakis.

Deutch, Bilirakis and U.S. Rep. Darren Soto, D-Fla., were part of a congressional group that toured Israel, Qatar, Cyprus and Greece over the summer.

When they were in Cyprus, the representatives met with key leaders including Minister of Defense Savvas Angelides, Minister of Energy, Commerce, Industry, and Tourism Georgios Lakkotrypis and National Security Advisor Kyriacos Kouros about a host of issues ranging from energy to continued tensions with Turkey.

After the trip, Deutch weighed in on the meetings and his and Bilirakis’ continued efforts to push their legislation.

“In recent years, the relationship between Cyprus and the United States has grown increasingly close. I was proud to lead a bipartisan delegation to Cyprus and meet with senior Cypriot leaders to express my support for improved bilateral ties and efforts to develop energy deposits in the Eastern Mediterranean,” Deutch said.

“We also visited Naval Support Activity Souda Bay. This visit allowed us to express support for our strong military and political relationships with Greece and the operations of a base that is vital to both U.S. and NATO naval operations in the Mediterranean Sea,” Deutch added. “As a co-chair of the Congressional Hellenic-Israel Alliance, I introduced legislation in May to promote the expanding trilateral relationship between Greece, Cyprus, and Israel. During my visits to both Cyprus and Greece, I encouraged efforts to further strengthen these regional partnerships that advance U.S. geopolitical interests.

“Greece is the birthplace of democracy. I would like to congratulate the Greek people on their recent elections and Prime Minister Mitsotakis on his victory. I look forward to working with him to advance U.S.-Greece relations,” he concluded.

Deutch and Bilirakis aren’t the only members of the Florida delegation championing the proposal.

Back in April, U.S. Sen. Marco Rubio, R-Fla., who sits on the U.S. Senate Foreign Relations Committee, paired up with U.S. Sen. Bob Menendez, D-NJ, to bring out the Senate version of the proposal.

“The legislation would allow the U.S. to fully support the trilateral partnership of Israel, Greece, and Cyprus through energy and defense cooperation initiatives—including by lifting the embargo on arms transfers to the Republic of Cyprus,” Rubio’s office noted. “The legislation also seeks to update U.S. strategy in recognition of consequential changes in the eastern Mediterranean, including the recent discovery of large natural gas fields, and a deterioration of Turkey’s relationship with the United States and our regional partners.”

“This bipartisan legislation will continue to enhance our energy and security cooperation with our allies in the Eastern Mediterranean region,” Rubio said when the bill was unveiled. “By lifting the U.S. arms embargo on Cyprus and extending necessary Foreign Military Assistance to Greece, this legislation brings forth a comprehensive approach to the stability of key regional partners.”

The two senators weighed in on their proposal being included in the final appropriations bills at the end of last week.

“I am proud to have co-authored a bill that enhances our engagement in the Eastern Mediterranean, a region that is strategically important to the U.S. and our allies,” Rubio said. “The inclusion of the Eastern Mediterranean Security and Partnership Act of 2019 in the appropriations bill for fiscal year 2020 reaffirms our nation’s commitment to strengthening and expanding our energy and security cooperation with our key allies and partners in the region.”

“This legislation marks the dawn of a new day for the United States’ engagement in the Eastern Mediterranean. By including this legislation in the government funding package, the United States Congress has prioritized our significant national security interests in the region,” Menendez said. “Bolstered by strong and expanding relationships with Greece, Israel, and Cyprus, this commonsense legislation will significantly strengthen our joint efforts to promote peace, prosperity, and security.”